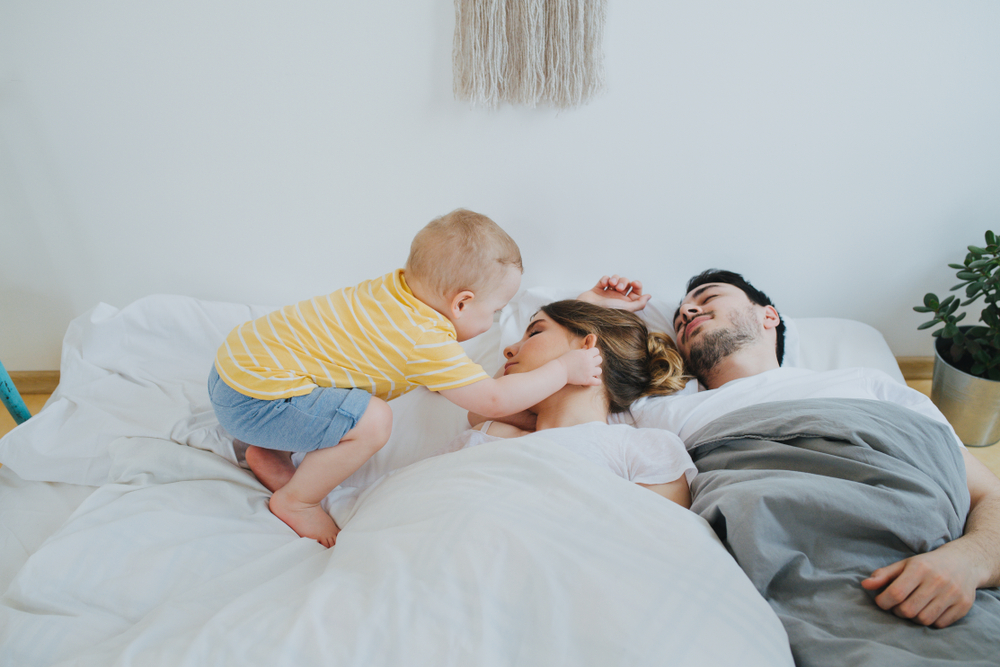 NORMALLY loving and patient parents Una and Liam McCormick have spent the last 5 minutes cursing the existence of toddler Noah McCormick after his ‘bulldozer through a brick wall’ style entrance into their bedroom at 6.21am.

“Sooner that fucking kid learns what a fucking Sunday lie in is, the better,” confirmed Liam, who has nothing against his son Noah but could he please fuck off.

“I brought him down yesterday, you do it!” offered Una, whose head Noah was using to practice some heavy metal drumming on.

Normally adorable chuckles and squeals of delight emanating from Noah only served to fuel the rage within his parents who has managed a combined total of 4 hours uninterrupted sleep since Noah was born over two years ago.

“Sleepy time Noah, sleepy,” offered Liam coaxing his son into going to sleep with his parents, with the 36-year-old cursing himself for not having a supply of baby thimble of whiskey and kid-friendly sleeping pills, which if they don’t exist someone should invent pronto.

“Ah fuck, he’s off out the room Liam, get after him or he’ll climb the stair gate,” urged Una, who was so concerned for the cause of her early wake up call, she wasn’t arsed dealing with it herself.

Elsewhere, Noah was pleased to announce he doesn’t know who left a tin of paint on the landing but it’s going to look great all over the carpet.