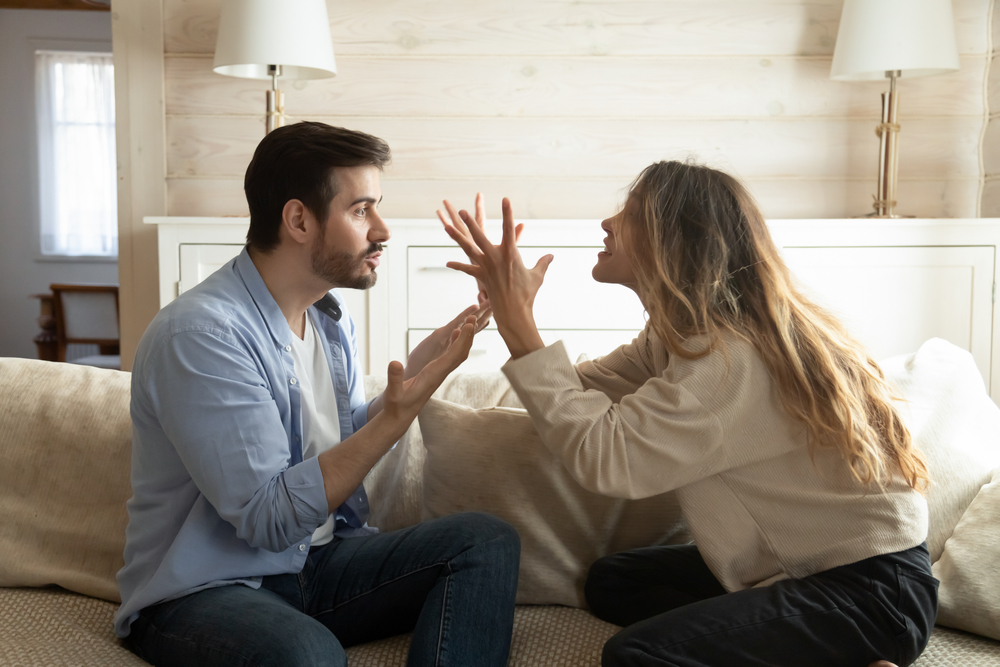 SCENES of intense debate are reportedly emanating from the apartment shared by soon-to-be former couple Andrew Farmer and Jess Nealon as they continue to disagree over what should be shown on the 40″ TV this evening, and every night thereafter.

“It’s vapid, narcissistic shite full of preened divas with ridiculous hair and tattoos, I’ve no idea why someone watches it,” Jess said of her boyfriend’s beloved football.

“It’s France vs Switzerland, tomorrow it’s England Germany, you can’t be serious” retorted Andrew, in a pattern of debate which has turned so sour it could spell the end of the relationship.

With neither giving an inch and completely closed off to giving in and watching their favoured entertainment on the iPad instead, the argument could become a nightly occurrence if the relationship can last the strain.

“Sure, you don’t even watch it you just spend the whole time on your phone trying to buy what you see them wearing”.

“Ha, and what, you don’t sit their shouting at the TV like they can hear you criticise them” went a further exchange in which the derisive remarks could have been aimed at either TV offering.

A historic ‘one night football, next night Love Island’ agreement was close to being struck however Andrew backed out of signing the peace accord at the last minute after realising the football is no longer on every night and will be over on the 11th of July leaving Jess with a free run at the TV for the remainder of Love Island.

“Don’t act like the Premier League isn’t right around the corner right after Love Island when you’ll be hogging the remote again,” offered Jess, as the dispute circled back to the beginning for the 12th time today.