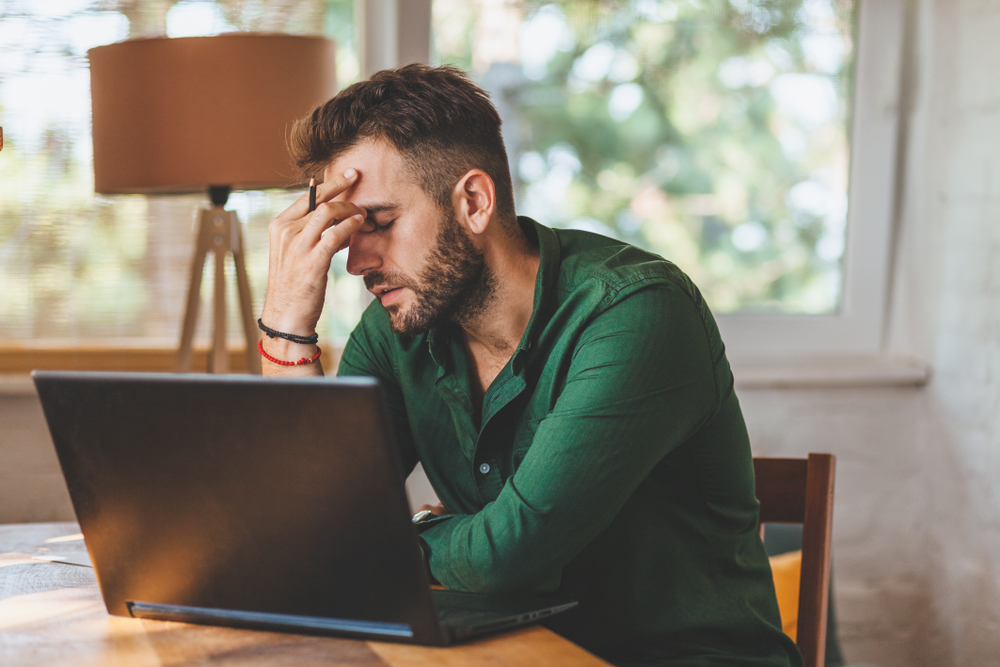 “Shit! No wait, yes! Aw fuck, not again. Back again baby! Fuck, down again, really?” shared Curley, in a brief example of the drastic range of emotions he yo-yos between like they were the value of a cryptocurrency.

“I’m going to ring the neck of that prick in the gym who told me to invest in… I fucking love that guy, I’m naming my kid after that hero,” confirmed Curley, of one crypto whose performance resembles a po-go stick on a trampoline with a trap door.

Curley, who hasn’t a fucking clue what cryptocurrency is and what his end game with his money will be, spends his days intensely watching the undulating fortunes of Dogecoin, Bitcoin, Nicolas Cagecoin and other cryptos like teenagers in the 90s watched the opening titles of Baywatch.

“No that’s good, that’s not too down from the last time it was down,” Curley said, counselling himself, as his massive punt on something more volatile than an arsonist in a fireworks factory remained looking like the stupidest decision he has made in a long line of stupid decision.

“I knew it, I knew it, I should have kept my money in fidget spinners,” added Curley, head in hands.