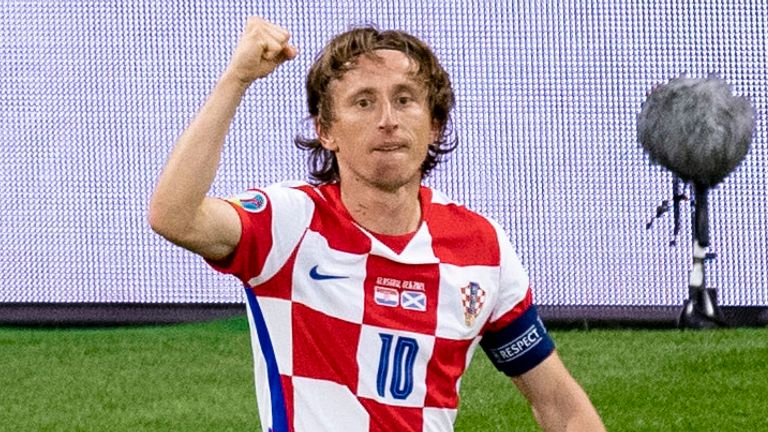 CRASHING OUT in a 3-1 loss, Scotland endured the sort of disappointment in a major tournament Ireland would sell their granny for a piece of.

Scotland started the game brighter than a LED bulb but switched off for Croatia’s first goal from Vlasic which was more out of the blue than a movie from the old adult film section in Xtravision.

Suffering the sort of shell shock a Tory MP gets when forced to interact with a member of the public, Scotland were left as deflated as a set of bagpipes run over by a bus but dug deep, roared on by their tireless support.

Acting like some sort of giant Dyson hoover, the Scottish fans tried to suck the ball towards the Croatia goal inspiring the team to go in search of an equaliser which left their defence more exposed than a nudist beach during peak holiday season.

Scotland got their goal in what supporters have impartially called the greatest ever Euros goal since Ally McCoist scored against Switzerland in 1996. McGregor struck back with a stunning strike that sent Scotland into the sort of euphoric celebrations not seen since Margaret Thatcher died.

However, it wasn’t to be for the Tartan Army as Gail Platt stunt double Luka Modric delivered a piece of art so beautiful, a replay of his sublime goal now hangs in the Louvre.

Perisic added a third goal and final nail in the coffin but the Scots were still applauded off the field by the home fans in moving scenes England supporters will learn nothing from.

In the group’s other game England completely hammered the mighty Czech Republic 1-0 prompting the fans to confirm the great Football’s Coming Home Euros trophy parade is to take place as normal tomorrow.

Losing the run of themselves like a lecherous boss at the Christmas office party England supporters just wanted to tell the players they’ve always loved them, despite spending the previous year giving them non-stop abuse.

Sterling scored the decisive goal of the game after the Brummie Maradona Jack Grealish did a cross real good, proving he is a winged angel and the savour of all mankind.

Saka was England’s star man and led the charge repeatedly probing the Czechs like an UFO abduction of a rural farmer.

There remain some unanswered questions for Gareth Southgate such as would England prefer to beat France or Italy in the final 8-0, should the media start the ‘Arise, Sir Gareth’ headlines already and why does Harry Kane run like he’s trying pull a truck out of a quicksand pit?

Today’s games see Germany take on Hungary amid huge opposition to hateful anti-LGBT laws imposed in Hungary. Germany look like a ‘top’ to us so hopefully Hungary will finish bottom of the group.

Spain hope to bore Slovakia into submission with their sideways passing in the first of the 5pm kick offs, while Poland will give the ‘just pass it to Lewandowski’ gameplan another go against Sweden.

In the standout game of the day France take on Portugal who have a squad so talented manager Fernando Torres will be arrested if he tries to make them play like a tanned Burnley for a third game running.