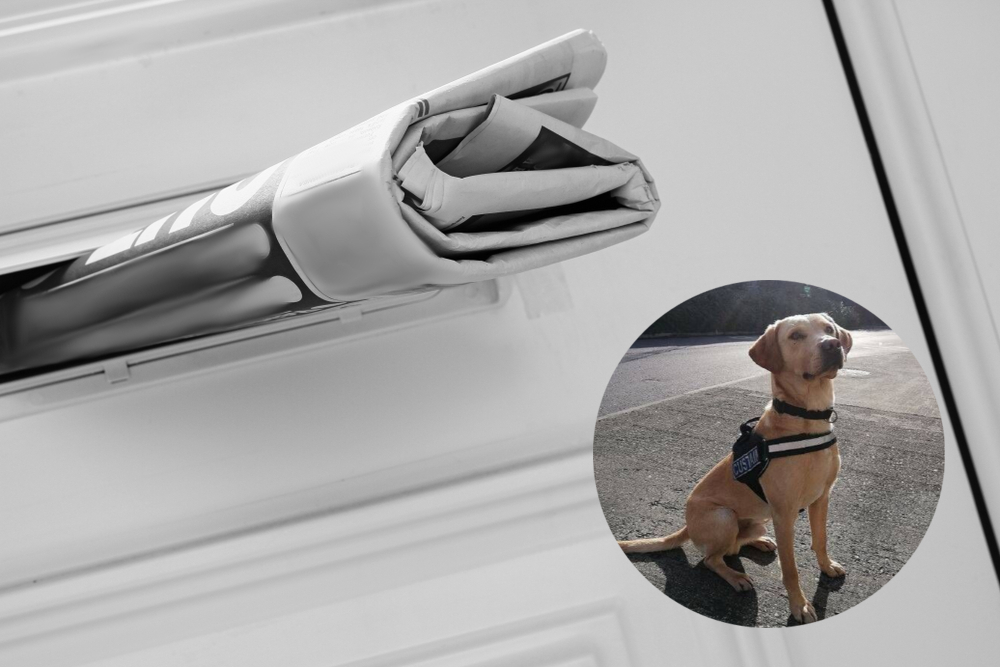 A DRUG-sniffing dog hailed as a hero for helping to uncover over €208,000 worth of narcotics in a Dublin mail centre has vowed to continue his work, despite receiving chilling warnings in the mail from cartels based in the city.

“Snitch bitches get stitches” warned one message to Bailey, the 3-year-old Labrador at the centre of the massive drugs bust.

“We’ll see who’s a good boy if you keep sticking your nose in our business” warned another, which worryingly was delivered strapped to a rolled-up newspaper; a common threat from thugs to dogs.

“Bailey is understandably concerned about the nature of these threats, but he knew what he was signing up for when we brought him on board” explained Sgt. William Dougson of the drug squad.

“These bastards have been known tho deliver things like slippers and little water pistols to their kennels, or the dogs will wake up and find a load of 7-Up bottles filled with water left lying in the garden so they have nowhere to go for a piss. But our animals are strong and true to the cause, and they aren’t easily shaken”.

The resolve of dogs like Bailey continues to impress Sgt. Dougson, especially as he’s seen many other sniffer dogs succumb to the pressure of the gangs and allow drugs to pass unnoticed through the system.

“We had one dog, he was great until the gangs got a picture of him humping a sofa” sighed the sergeant.

“They blackmailed him and all of a sudden he ‘forgot’ the smell of heroin. Other dogs have also gone on the take, letting packages go through in exchange for Jumbones. It’s sad, but it happens”.

Sgt. Dougson also recalled the story of one sniffer dog who was killed in the line of duty, tearing up when he remembered the 21 tennis balls thrown over the dog’s coffin during the official police funeral.