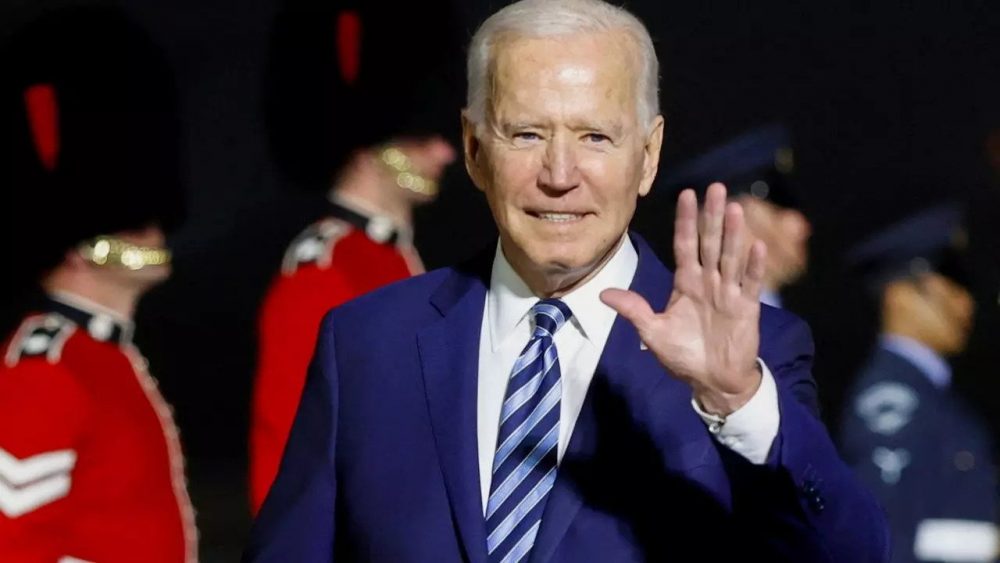 IN A sure sign that British PM Boris Johnson’s complete disregard for Northern Ireland and the Good Friday Agreement has not gone over well, US President Joe Biden has entered their much anticipated meeting ahead of the G7 summit in Cornwall to the unmistakable strains of Irish republican ballad ‘Come Out Ye Black & Tans’.

“Shut it you demented cabbage, this is my favourite part,” Biden said, censuring Johnson mid-handshake attempt, and preferring to close his eyes and nod his head as the song reached the ‘where are the sneers and jeers that you loudly let us hear when our leaders of sixteen were executed?’ part.

“Say Saoirse Ronan is English one more time you jackass,” shouted a pumped up and agitated Biden, now threatening to choke Johnson with a blighted potato.

“Congrats on the 3rd marriage and I wanna say – 6th or 7th kid? How many have you admitted to having again?” continued Biden, reaffirming his commitment to the one-sided special relationship that let’s America use the UK like a lonely bachelor uses a sex doll recently ordered on Amazon.

Biden’s firm stance on honouring the Good Friday Agreement and the protocols the UK suggested and voluntarily signed up to as part of Brexit agreements will win him continued fans in the Republic of Ireland as it fails to dawn on them this is the same Biden that is selling weapons to Israel, or the fact that the one thing Biden hates more than a Margaret Thatcher tribute act is Ireland’s tax haven status.