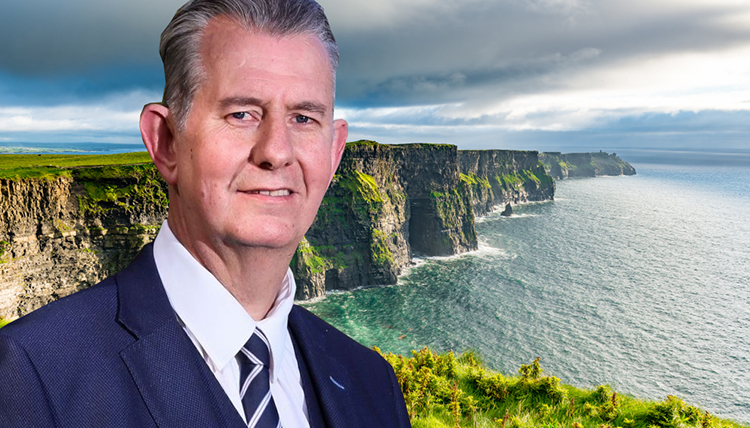 NEW DUP leader Edwin Poots has described North-South border relations as ‘never being as bad’ during a trip to the Republic this week, where he also took in some sightseeing in County Clare, where he marveled at the Cliffs Of Moher which were built on the 8th day after God had made everything else, some 6,000 years ago.

Poots, who became DUP leader after Arlene Foster left to set up a convent in Africa, was in Ireland to express his disappointment at how Brexit had turned out, in particular the implementation of the Northern Ireland Protocol which was put in place by the Conservative Party, probably after these damn Irish got them drunk and tricked them.

“It’s been all go here the last few days, but Mr. Poots is in good form now that he’s back from Newgrange, or ‘one of the marvels of the modern world’ as he called it” sighed an aide to Micheál Martin, while preparing the tasty traditional DUP meal of boiled water and penance.

“He’s in better form than he was earlier today when a rainbow came out, which he saw as a sign that Ireland was hopelessly lost to the evils of ‘the gays’. Although he warmed up when he went on a tour of the Boyne, where he posed for selfies pretending to chop up a load of Catholics”.

Poots later went on to state that the rancour between the North and South was not due to the current Taoiseach, but in fact due to the last one, before someone advised him that the last Taoiseach would shortly be the current one again due to an agreement between FF & FG.

“Ha, and they say my party is backwards!” Poots laughed.