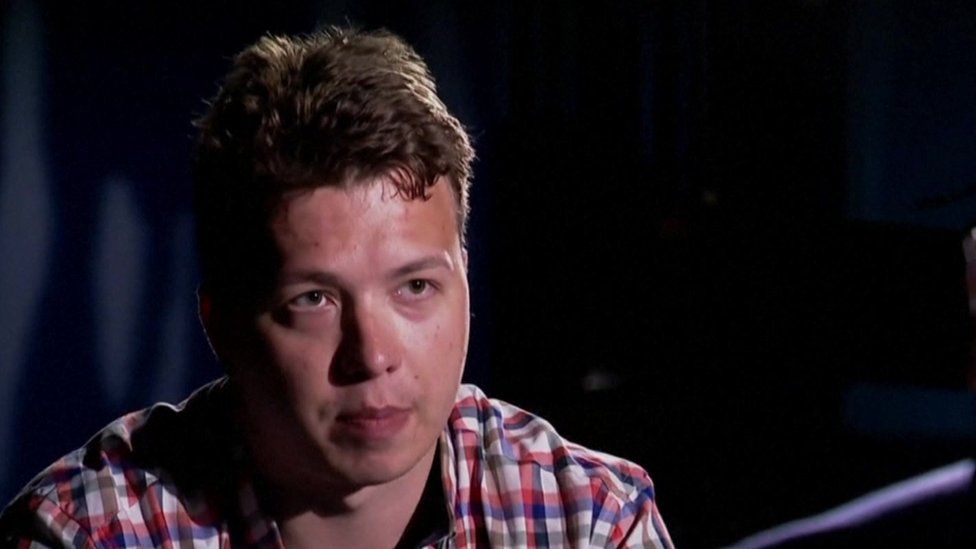 BODY language experts have pointed out evidence that the confession of Roman Protasevich which aired on Belarusian TV yesterday may have been a forced one, prompting the detained journalist to beg them to ‘STFU’ and let him maybe breath fresh air again.

Protasevich, who controversially forced a Ryanair flight to land so that he could hand himself in to the authorities according to official reports, appeared on TV to state that his previous opposition to President Alexander Lukashenko was ‘just messing’, and that he now believes that one man winning 6 elections in a row is ‘really good’.

“We can see evidence of rough handling around Mr. Protasevich’s arms, and he is also speaking very slowly, as if reading from a script” said one Belarusian body language specialist that did not want to be named for no particular reason.

“This suggests to us that yes indeed, the detained blogger almost certainly came to his senses when given a little time to himself, and rolled back on his years of opposition to what we now know is a balanced and fair and totally normal presidential reign. Roman probably felt so silly, he punched himself in the face a few times”.

Meanwhile, the EU who had initially felt that the capture of Mr. Protasevich from the grounded Ryanair flight amounted to air piracy, have also rolled back this hostile stance upon hearing from the blogger himself that everything was a-okay.

“For a minute there, we thought we’d have to actually get tough on some pretty nasty customers, but if Roman says he’s fine, we can just go back to how we were,” came the relieved response.