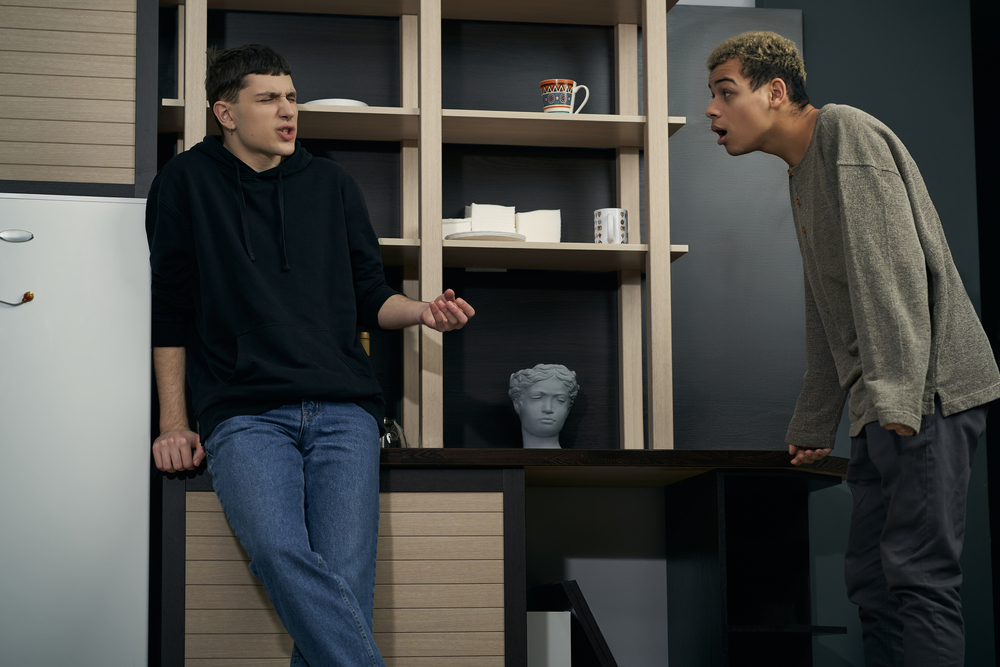 TENSE scenes were witnessed earlier today in a Waterford cafe as Mark Mallin confronted his allegedly disloyal and conniving friend John Gernon about the news he had begun seeing Aisling Collins, despite the binding power of the unwritten law pertaining to one party delcaring ‘I liked her first’.

“Like you knew we were vibing over Instagram, so that’s basically the whole thing sewn up and in the bag,” said Mallin, as if discussing the purchase of a cow at a Victorian era cattle mart.

“Dude, I’m sorry I didn’t tell you we’d been hanging out, but it’s not like she’d full on flirted with you or anything,” countered Gernon, fully acknowledging his friend had a legitimate case for preordained ownership of the aforementioned Collins.

Visibly irritated by Gernon’s excessively hostile reaction to the accusation of breaking bro-code protocols, Mallin cited historic incidences during which his claim of ‘first dibs’ on Collins were stated loud and clear.

“And hey, I get it, we like, don’t choose who we fall for. It’s just, when I said she could browse me like I was the middle aisle in Lidl, you didn’t agree as if to say, ‘yeah I would too’. You were silent, hiding your own feelings. Silent when I said she could climb me like a ladder, I’d be her trampoline, that I’d lick her like she a 99, but you shady bastard, you said nothing”.

It remains unclear if the pairs friendship can survive or if Collins will ever speak to them again if she’s ever made aware of the conversation.