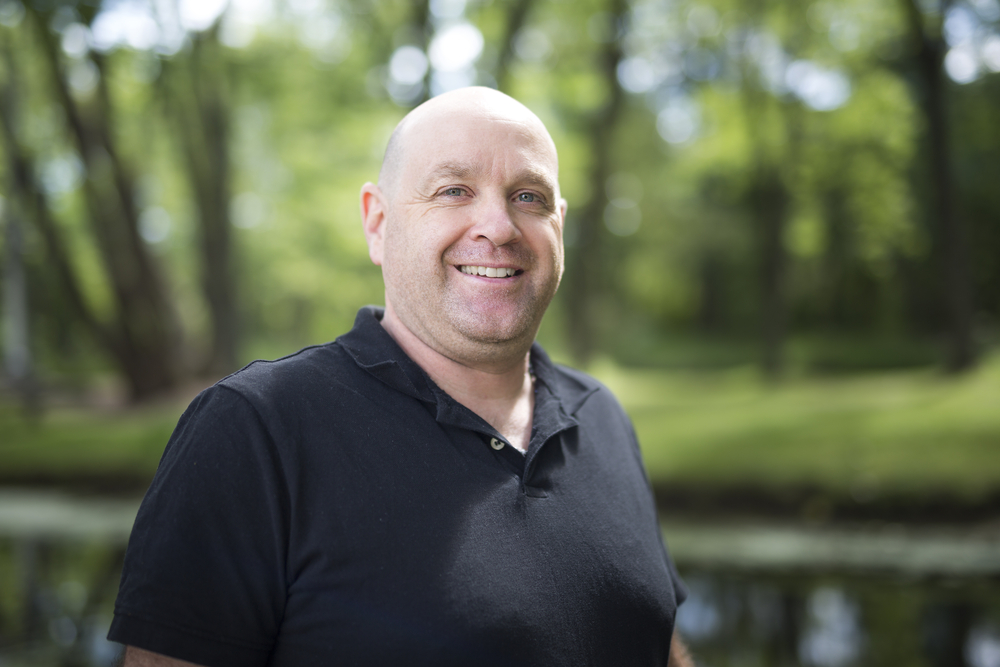 RESPONDING to the news that some pop star he’s never heard of has announced something to do with gender, local dad Eamon Fenton is exercising his famous wit by unleashing a series of belly aching jokes which are sure to impress everyone, reducing them to tears of laughter as they beg for him to stop lest they piss themselves.

Fenton has taken to announcing to his wife and kids all the things he now identifies as, in a joke format that almost certainly hadn’t gone stale several years ago:

“I identify as someone who doesn’t give a shit about these narcissistic celebrities” – said four hours into subjecting his uninterested family to his opinions on the news.

“I’m identifying as a David Beckman so ha-ha,” – uttered by Fenton, a bald man, while twirling imaginary hair.

“No, no, wait, Bob Marley, mon! I’m jammin’,” – uttered by Fenton, when he realised Bob Marley had much more distinctive hair and mentioning him meant he could do an accent too.

“Sorry, no, I’m identifying as a penniless pauper” – uttered by Fenton, stifling laughter, when his son asked him if they could get takeaway for dinner.

“I’m identifying as a racoon” – Fenton said, shouting up stairs to no one in particular, but still remaining hilarious somehow in his head.

“Oh, love, I see you’re identifying as a Bosch dishwasher” – in response to seeing his wife doing the dishes again.

“This beer I’m drinking is identifying as a water” – Fenton continued, in no way wearing out the joke whatsoever.

“No, no, sorry you can’t question my what is it? ‘Lived experience’? I identify as a kebab. Can you call me brave now?” – affirmed Fenton, showing remarkable stamina in his quest to flog a dead horse.

“I identify as a snowflake” – Fenton continued, somehow finding this non-news event as more vexing and offensive than any other news story.

“Right, I see we’re all identifying as deaf now, are we?” – in response to being ignored by his family for two hours straight.

“That’s very hurtful” – in response to his daughter shouting ‘I identify as a miserable prick called Dad who has no friends, a wife that clearly hates him and is so bitter he is unable to form a bond with his children so resorts to goading and antagonising them’.