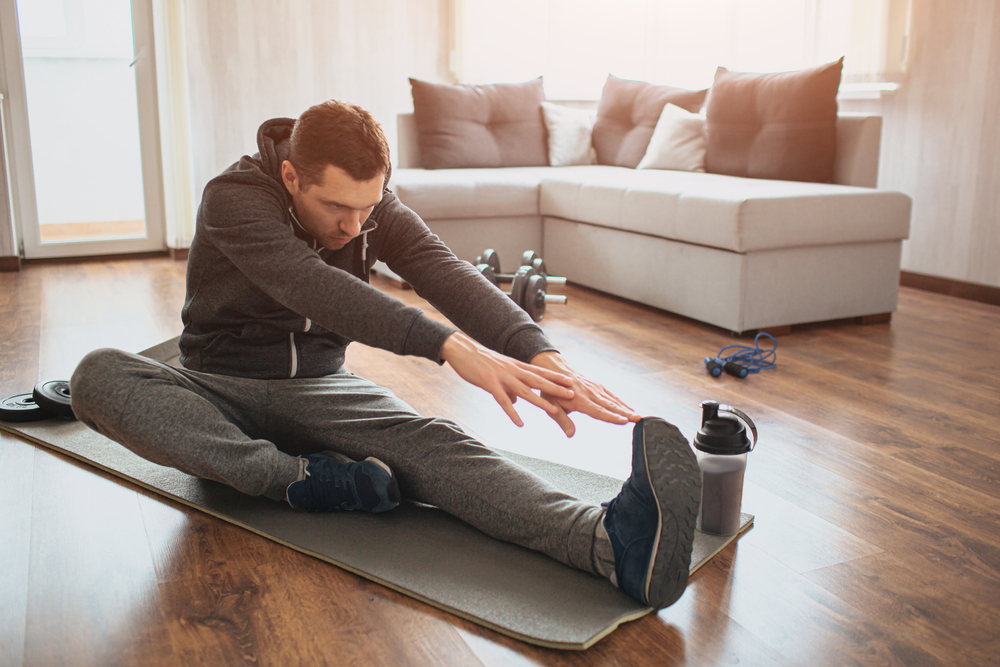 PAIN on a level which allegedly makes childbirth look like a piece of piss has left local man Martin Daly in agony following an ill advised attempt to exercise for the first in years.

“Can you dislocate a hamstring and tear a lung? Fuck,” said Daly, grimacing intensely as he gingerly placed himself back on the nearby couch several seconds after reintroducing his body to ‘activity’.

“It was just the beginning of an attempt to build up to a light half stretch of the groin but I’ve fucked it,” said Daly gesturing at his entire body, legs, arms, back, ankles, shoulders, the works.

“No, no, no,” added Daly after a brief motion was made to upright himself once more, suggesting this latest exercise notion will be postponed indefinitely.

Physios observing Daly remain baffled at the damage he has done to his body.

“He’d done all the correct prep work – he filled up a fancy water bottle, lined up a killer exercise music playlist, and then did that quick short sharp breathing thing. How that wasn’t enough to counteract 36 consecutive months of doing less than fuck all is beyond us,” confirmed one physio.

While Daly has yet to obtain a formal diagnosis of the damage, he confirmed the layoff would be lengthy and advised others in similar situation to be careful.

“The only thing you should be doing is exercising your caution, aah sweet suffering jaysus,” concluded Daly as he ordered a plaster cast for his entire body made out of foam rollers.