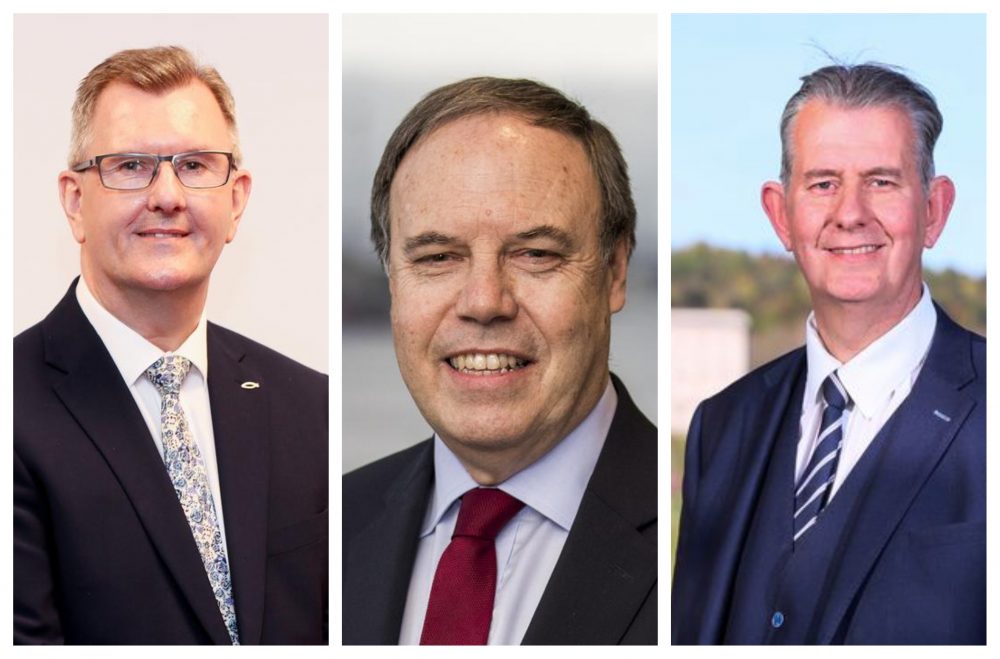 FOLLOWING Arlene Foster’s announcement that she is to step down as DUP leader party leader on May 28th, a frothing group of mothball smelling men have scrambled to the fore in a bid to become First Minister of Northern Ireland at the end of June.

“I’d imagine this is what it was like to witness tetrapods making landfall for the first time over 350 million years ago,” said one expert in Northern Irish politics, “these men seem to be just the right amount of awful to do the job and we look forward to whatever vile controversy will eventually bring them down”.

“Just look at the heads on them, they look like the kind of relation you’d cut out of old family photographs,” pointed out one horrified NI resident.

Cited as each having ‘Big Incognito Browsing Mode Energy’ by people who know little of Northern Irish politics, some experts say the prospective candidates resemble a police line up in a Netflix TV drama that would only upset you if you watched it, given the subject matter.

“It’s obviously wrong to judge people on appearances only, which is why I’m delighted I’ve heard exactly what these lads have said about every big issue affecting me in my life, so fuck ’em, faces on them only a police sketch artist could love,” concluded another NI resident.