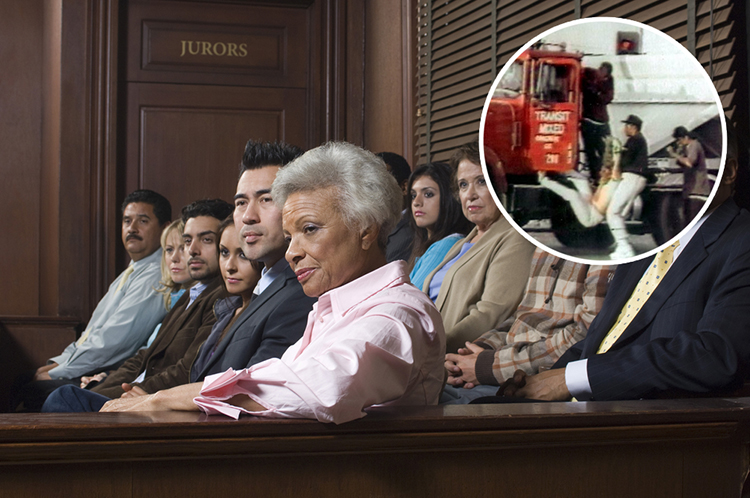 A HUSH fell over the Minneapolis court where the trial of Derek Chauvin was taking place today, as the jury were shown footage of the infamous LA riots that followed the acquittal of four police officers in the Rodney King case of 1992, while being asked ‘is this the result we’re looking for?’.

The judge in the Derek Chauvin trial, also known as the George Floyd trial even though technically he isn’t on trial for anything, allowed the unorthodox request and sat back as both prosecution and defence agreed that nobody wants their home burned down over this.

Jurors had expected to be shown video of the nine minutes Chauvin forcibly knelt on Floyd’s neck as part of the evidence as to why kneeling on someone’s neck for nine minutes until you were sure they were dead might be considered a crime, and were said to be ‘not sure, but kinda sure’ what message they were being sent.

“If we find Chauvin innocent, there’s a fairly high chance we’ll spark off a riot like what we seen in the video” said one juror, speaking to WWN after sneaking out for a smoke.

“But if we’re almost certain that we’re also supposed to find him innocent because he’s a cop, and you’re not supposed to find cops guilty of anything. I’’s just not the way things are done in America. I suppose we’ll find out. Personally, I can’t wait until the defence shows us the defendant killing a man in HD and asking us to find him innocent, I really want to see how they word that one”.

The jury have also been told to put their feet up for ‘a day of this’, with more footage from the Ferguson riots, the Milwaukee riots, the Charlotte riots, the St. Louis protests, and any other number of civil unrest following a police officer murdering innocent people and walking free.