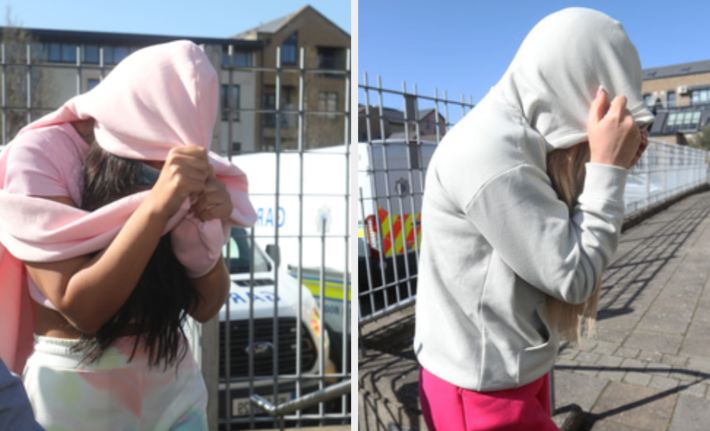 “Do you how hard I came when I saw the phrase ‘Lone Parent’s Allowance’? The wall over there has a hole in it the size of a canon ball,” confirmed one editor, who believes he has finally recaptured the magic formula of throwing two women ‘who clearly deserve it’ to the wolves eight years after Michaella McCollum’s hairdo bobbled into his life.

“Does ‘The Dubai Two’ sound too much like a cover version? ‘The Quarantits’, ‘Double Deejits’? Did you see their home addresses too? You know what that means? Open season! Sure it wouldn’t be Easter without crucifying someone” added another editor dispatching journalists to dig up everything and anything on the two women at the centre of the mandatory hotel quarantine scandal.

“Killed JFK? Do they own clothes not from Penneys? ‘Where’s the father?’ Fuck it, let’s just say they were pictured eating bat soup at a Dublin nursing home. Can the CAB seize the funbags? Doesn’t matter what is it, find it and get it out to the baying mob ASAP,” they continued, feeling like the havoc wreaked by the pandemic has actually been worth it all for this salacious shitshow.

“Sure smuggling drugs is a bit worse than smuggling silicone but have you taken a look outside lately? Let’s just give the lockdown loopy public what they want,” concluded the editor, lining up another 130,000 words on the case which should keep everyone going until he tricks one of the women into giving their side of the story in an exclusive interview which is just used to berate them all over again.

Pressed for a quote, the government took a brief break from ecstatically high-fiving one another at the distraction this has all provided to confirm that “well, apart from this hotel quarantine is going perfectly”.

In a bid to avoid similar incidents happening in the future the Department of Enterprise and Trade has launched a campaign encouraging people to ‘shop local’ at their nearest Irish cosmetic surgeons.