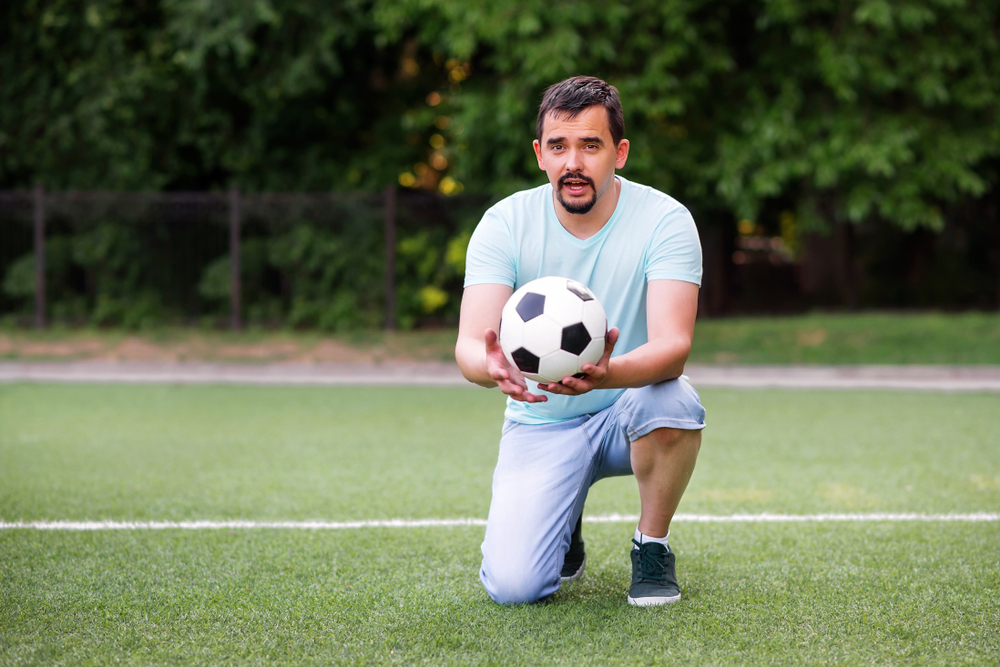 AFTER coming under severe criticism from all quarters, including from Qatar who accused Stephen Kenny’s team of perpetrating human rights abuses against their own supporters following a 1-0 loss to Luxembourg, Irish football remains at a crossroads.

Despite decades of mismanagement laying ruin to the game, that lad on your 5-a-side team who can’t kick a ball for love nor money believes he has all the answers:

“I’d sack Kenny for a start,” confirmed Gav McGann, chief 5-a-side mouth who possess the touch of an armless octopus covered in grease.

“And the FAI might be €50 million odd in the hole but there’s nothing stopping us bringing in Pep Guardiola as manager with Klopp as his assistant, give them €20 mill a year, you can’t put a price on Ireland narrowly winning a game through a last minute Shane Duffy header against a superior Azerbaijan side but I’m sad to say Kenny doesn’t share my ambition or vision.”

“And y’know we have shit players and that? I’d just get less shit players, like I’d pick world class players instead. Dunno why Kenny didn’t think of that, but he’s out of his depth.”

“I’d be happy to come on board and get the mentality right – I’d shout ‘concentration’ or ‘are we up for this lads?’ right before kickoff or ‘don’t let the heads drop’ after we go a goal down”.

“And if Pep and Klopp aren’t available what’s wrong with the Trap, Keano, O’Neill and McCarthy managerial dream team? Not an option? Then I’ll tell you something for nothing if I was in Kenny’s position I’d just start winning every game, that’s the only way forward.”

“I’d other things like ‘double pivot’, ‘fluidity’ and ‘gegenpressing’ but these technical terms would be lost on you”.

Other more realistic options under consideration include:

Building a time machine so Irish men and women can travel back in time as part of a plot to become Lionel Messi’s grandparents. Alternatively the time machine can be used to go back and appoint a proper auditor to the FAI accounts.

Invading footballing powerhouses such as Brazil, Germany, Spain and Gibraltar and declaring everyone eligible for Ireland after a successful war.

If we can’t accept the high body count that would result in? Fly helicopters over a variety of South American countries shooting Irish passports out of canons.

Cloning James McClean eleven times and fielding an all-McClean team, as it is scientifically proven world class opposition are no match for passion on such levels, even if McClean is now slower than a sloth on heroin.