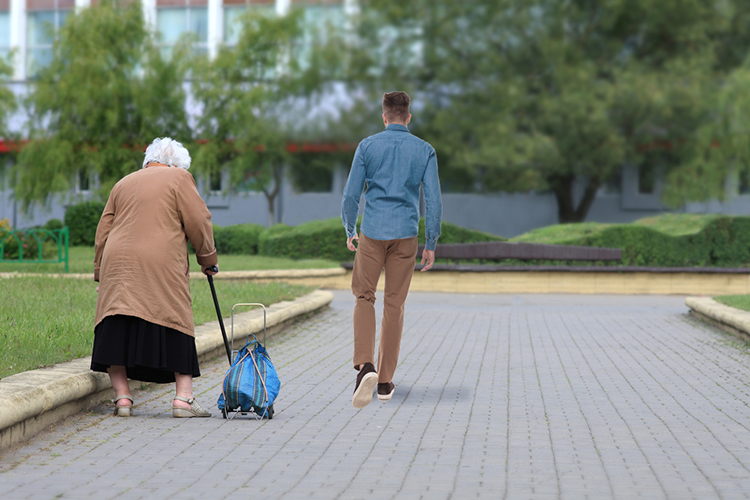 DESCRIBED as a ‘crude, arrogant and offensive’ display of limber and pacey ambulating strides, local youth Jack Kinnear is under fire from those in the community afflicted by creaky hips and decaying bodies.

“I’m not going to apologise – I love zipping by some auld lad, leaving them for dust,” confirmed 19-year-old Kinnear who has made a habit of accelerating his walk to marginally faster than a snail and thus easily passing out elderly footpath users.

Such overt flaunting of one’s youth is frowned upon and is placed, in terms of impolite crimes, next to tall people effortlessly reaching top cupboard shelves in front of short people. Kinnear’s actions have revulsed many with the student receiving criticism from all quarters.

“It’s not on, he whizzed past me the other day and he was like a motorbike at full throttle, so he was, and me left in his wake with my ankle doing that clicking sound it does,” confirmed 31-year-old neighbour Liam Catty.

Newly installed council path signage now carry warnings against ‘youthful showboating’ which include speed walking, also known as walking normally to young people, as well as an outright ban of the brief little jog young people do to round some slow coach pensioner on the footpath.