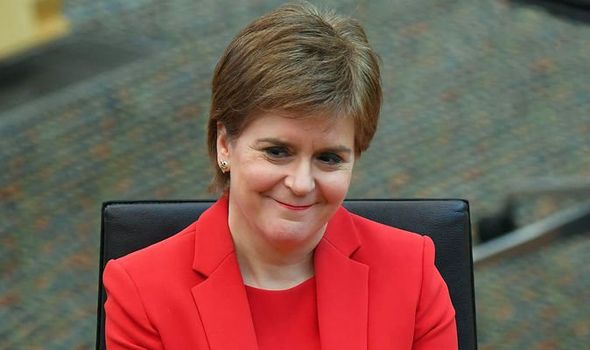 THE revelation that Scottish First Minister Nicola Sturgeon may have given an ‘inaccurate account’ of her meeting with her predecessor Alex Salmond, which, if proven, will be the first known instance of a politician bending the truth in the history of world politics.

The revelations came to light after a tireless campaign by the Tory party to place pressure on Sturgeon to step down, following her apparent mistruths about her knowledge of sexual abuse allegations against Mr. Salmond – itself another first in the world of politics.

“I am shocked and dismayed at such a concept,” said British Prime Minister Boris Johnson, who has taken the rest of the day off to process the magnitude of what might happen to politics if ministers were to begin bending the truth.

“Why, if First Minister Sturgeon could be telling mistruths here, what else could she be doing? It throws her anti-Brexit stance into question, as well as her calls for a second Scottish Independence referendum. I think for now, it’s best to stick with people you can trust, like the Conservative party,” he added with his mouth.

Meanwhile, Ireland has vowed to do whatever it can to ‘stamp out’ the threat of lies in politics, before such a thing spreads to our own pristine government.

“Can you just imagine such a thing?” put Tánaiste Leo Varadkar, shaking his head in dismay at the notion of such a blatant abuse of the public’s trust.

“Is First Minister Sturgeon needs lessons in the ways of remaining truthful, we are always willing to help her on that journey to rehabilitation,” he added, without blinking.