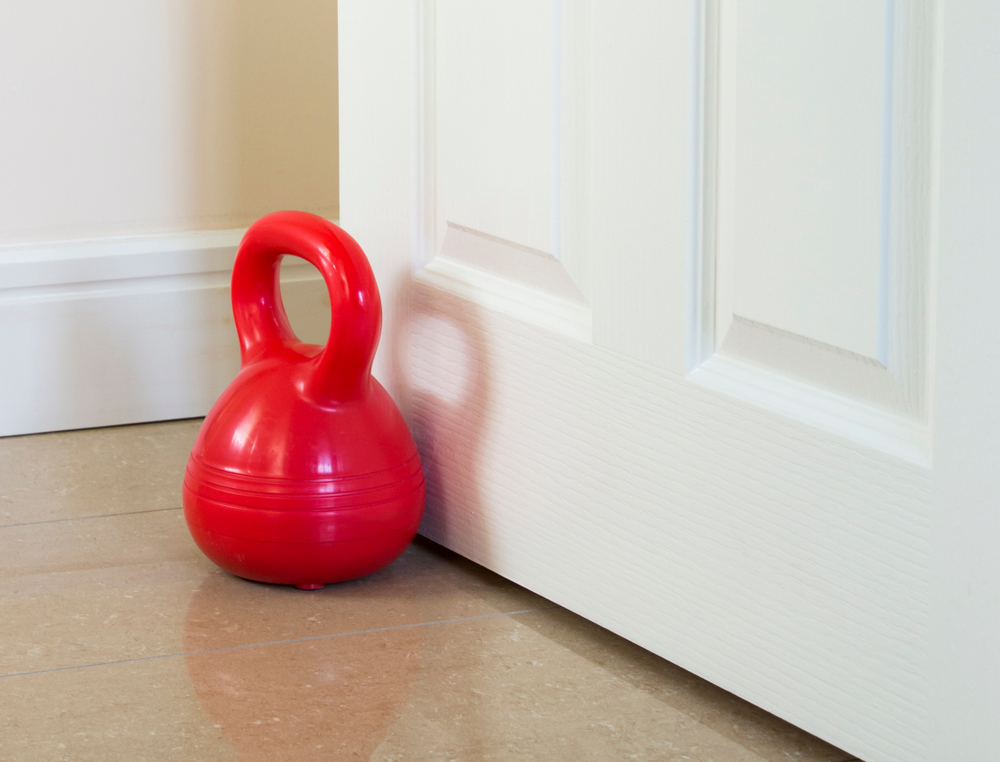 ORIGINALLY bought as some sort of exercise regime or weight training program or something or other, the kettlebell sat in the home of Dublin man Cathal McHogan has proved to be an incredibly useful thing to have about the house, WWN can report.

“It’s mad, I don’t even remember buying them!” laughed the 37-year-old, pushing some of the heavier weights around with his foot.

“But nevertheless, they’ve come in fierce handy around the house. Not for lifting or anything like that; I gave it a go, it’s not for me at all. But I wouldn’t be without them, and recommend every house buy a full set!”

Among the uses McHogan has found for his kettlebells are:

– 10kg & up; ideal for weighing down the kids’ trampoline out the back whenever stormy weather is threatened. Also useful for holding when jumping up and down in the green bin if it gets too full. ‘It adds enough weight to my own bulk to really smush that rubbish down’, revealed McHogan.

– 6kg to 8kg; ‘perfect’ for weighing down books that contain flowers being pressed, a hobby that is far more in keeping with the amount of energy that Cathal is willing to expend at any given time.

– 5kg and under; “Doorstops, paperweights, hey, if you have a bag of evidence that you need to disappear, stick a 2kg bell into it and fuck it into a river – gone” smiled McHogan, before bending over to lift a 0.8kg kettlebell to show us, at which time he ruptured every disc in his back, blew both his quads and dislocated his shoulder all at once.