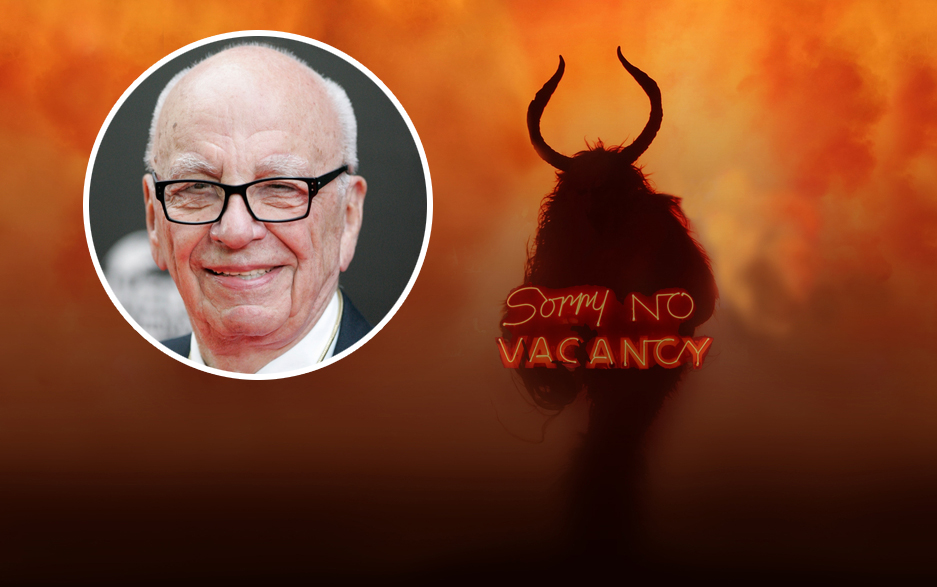 ALREADY overstaying his welcome here on earth, media mogul Rupert Murdoch’s current life status remains in the balance again this year as opposite factions of the universe refuse to take him post-death.

A spokes demon for hell confirmed the sanctity where evil souls are subjected to punitive suffering, often torture, as eternal punishment after death will not be available for the 89-year-old hanger-on, citing a clashing of entities with the Dark Lord, Satan.

“It would be like God taking in Buddha, or Jesus moving in with the prophet Muhammad; it just wouldn’t work in the long run as they’d just end up hating each other for eternity,” a fiery charcoal-laced statement read.

Mr. Murdoch, whose vast empire of newspapers and 24 news stations have been responsible for decades of human anxiety, misinformation, and propaganda, causing numerous brutal wars and toppling of regimes on all sides of the East and West divide, has been somehow allowed to remain on the earth accumulating billions in wealth and imposing his influence on every aspect of society.

“He puts Lucifer to shame so I guess he doesn’t want to lose his position down there in the underworld,” a spokes angel explained. “God obviously doesn’t want him either but understands the predicament all sides are in. Neither heaven nor hell wants him”.

The dispute first arose in 2018 during a near-death yachting accident where Mr. Murdoch almost died having suffered broken vertebrae, which required immediate surgery, and a spinal haematoma, which is said to have increased the chances of paralysis or even death.

“It was the first time God and Satan spoke in a while but they both agreed to call off the death for another few years before they come up with a solution”.