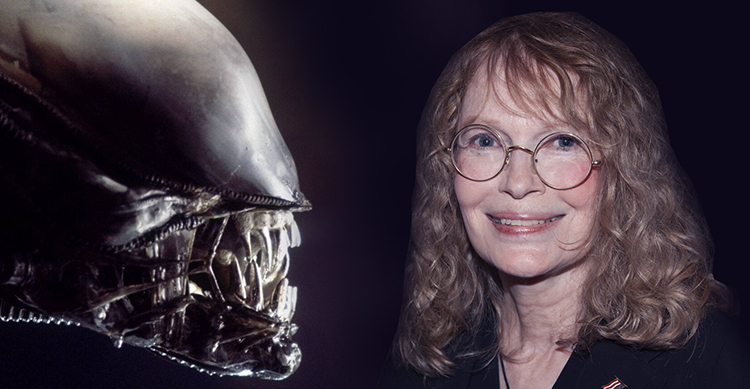 THE long-running Alien franchise returns to screens this summer with a stunning new instalment that re-imagines the sci-fi horror masterpiece as a more grounded, Earth-based take featuring veteran actor and activist Mia Farrow.

“We needed someone who could bring that sense of strength in the face of grotesque adversity, the essence of a woman who would stop at nothing to eradicate the universe from this creepy terror” said the movie’s director Jean Maljie, making nods to the original series that showed Sigourney Weaver facing off against hordes of facehuggers.

“What Sigourney faced in the other movies is nothing compared to what Mia faces here. Imagine the worst creature in existence, just a real slimy, creepy fuck of a thing. And just like in Aliens when Ripley tries to convince the company of the Xenomorph’s existence, in our movie Mia also has to cope with the fact that nobody will accept her side of the story – it really is gripping”.

Having seen an early preview of the movie, WWN can confirm that the 76-year-old Farrow brings an evergreen energy to the action, and an interview with the woman who put the Rosemary in Rosemary’s Baby admits that battling the Alien came second nature to her, as she had ‘a lot of shit I had to work through’.

“This isn’t the first time I’ve had to deal with a slimeball who has threatened me and my family” beamed Farrow at the movie’s Sundance premier.

Meanwhile, a sequel has already been greenlit with veteran director Woody Allen being suggested by people who haven’t really been paying attention to anything in the news lately.