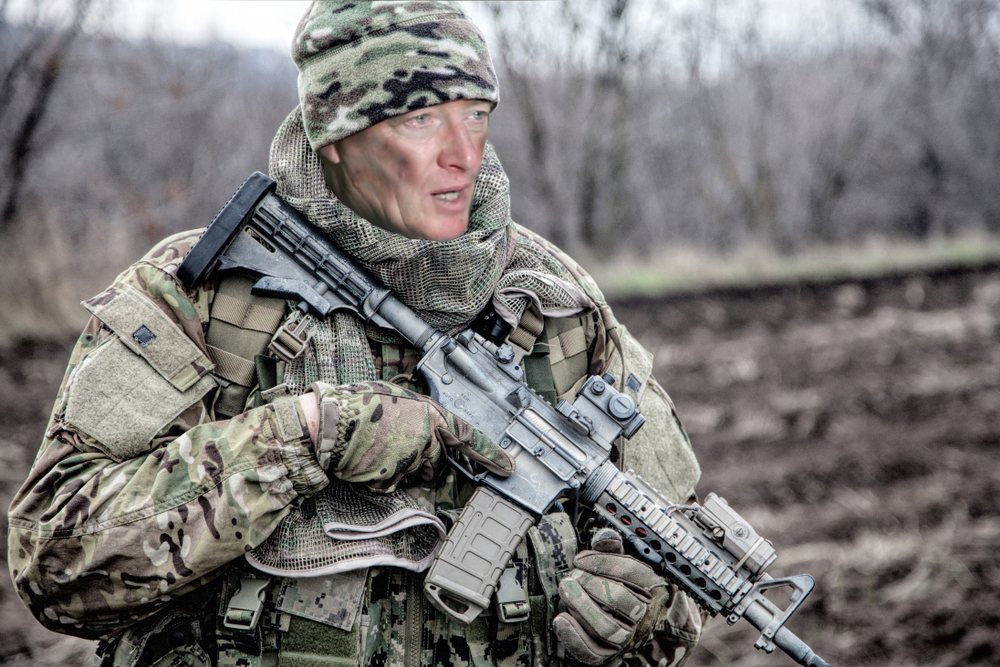 SPEAKING outside his south Dublin home today, veteran broadcaster Pat Kenny has vowed the total annihilation of his latest land enemy developer Bartra Properties, stating he is locked and loaded and ready to roll.

“If these motherfuckers want a land war, I’ll give them a land war to end all land wars,” voiced Pat, brandishing an array of automatic and semi-automatic weapons and camo army paint on his burst-blood-vessel face.

Mr. Kenny is fighting plans for a 104-bed nursing home beside his house saying it is akin to stuffing an “Ugly Sister’s foot into Cinderella’s delicate slipper”, quickly pointing out that he has nothing against ugly women, just ugly prick developers attempting to cross his turf.

“Do you know how much Semtex it takes to level a nursing home like that; very little,” Pat put, now gently stroking a terrified badger, one of dozens of native badgers living on the proposed site to be demolished, “you don’t want to see a big bad smelly nursing home being built on your home either, do you, badgy?” the 73-year-old whispered to the now urinating creature, forcing Pat to let him go.

“Don’t worry young, Badgy, uncle Pat will sort those shower of bastards out, just like I did to Charlton,” he added, referring to retired solicitor and neighbour, Gerard Charlton, who the Newstalk presenter previously had a land dispute with.

Loading several 5.56 millimetre rounds into his AR-15 rifle, Kenny expects this latest war to be quick, advising Bartra Properties that he has already laid down dozens of landmines in the area that also have remote detonation capabilities.

“If I even see one digger moving onto that site it’s good night Irene,” he concluded before letting off several rounds in the air, sparking a mass barking of local dogs.