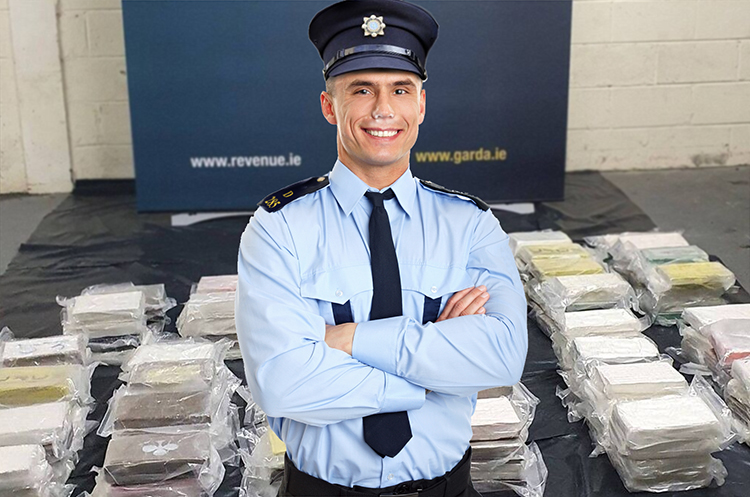 DUBLIN Gardaí are today celebrating after seizing 99 kilograms of cocaine, stating the find is very pure and of top quality.

“I literally can’t stop smiling,” said a garda at the scene of the haul, his teeth audibly grinding, “does anyone else find it extremely warm in here, I’m drenched with sweat from all the excitement”.

The find, which was just 1 kilogram shy of 100, is expected to leave a huge dent in the Irish drug supply chain for at least several hours.

“We’re absolutely buzzing,” stated another garda, who was doing burpees for no apparent reason, “we’ve got 99 kilos and a bitch ain’t 1… this isn’t going on the paper or anything, is it? Man, I need to take a dump real bad”.

Asked for any reason why a drug gang would buy an uneven number of kilos, a garda spokesman speculated it was probably bad luck or something.

“Yeah, that’s it,” the spokesman stated, who seemed to be coming down with a cold, “it’s probably some silly superstition they have, you know the way these drug lords are. It’s like turning one cigarette upside in the box, like that kinda thing”.

Despite the cocaine not been sent for analysis yet, garda have it under good authority it was very pure.

“You can say that again, this stuff is off the fucking chain,” a saucer eyed Sergeant concluded.