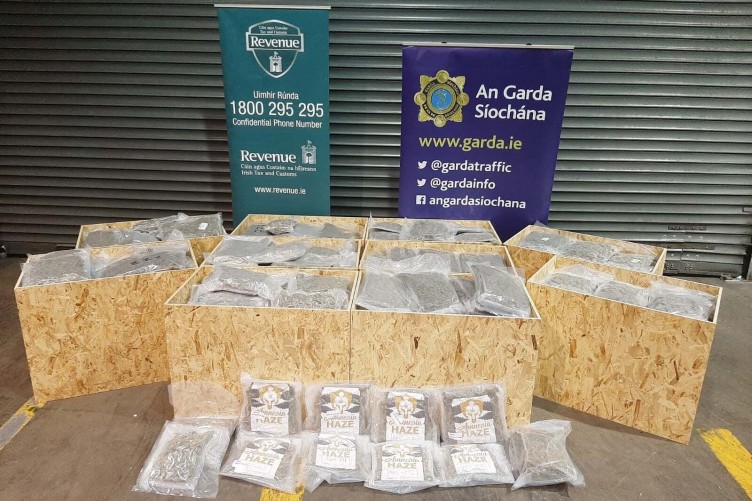 THE DEPARTMENT of Justice was quick to praise hard working members of an Garda Síochána as it seized €7 million worth of an illicit substance referred to in other countries as ‘product belonging to a viable tax generating business’.

While drug gangs continue to do harm through violence and intimidation around the country, the Irish government has redoubled its commitment to retaining cannabis’s illicit contraband reputation in tact for fear legalising and regulating the sale of the substance would turn Dublin’s streets into a warzone where gangs kill each other.

“Why legitimise such a substance, what’s the benefit? Taking it out of the hands of criminals and make it something regulated that the state can derive income from? But then what would the gardaí do?” confirmed a Department of Justice spokesperson unaware of the existence of other crimes.

Now covering his ears and cowering in fear, the spokesperson screeched ‘make it stop’ as journalists asked if Ireland would be better served taking cannabis out of the dark alleyways and into legitimate weed dispensaries as seen in other countries.

“Sorry, we’re not a mad banana republic like those backward basket cases countries,” confirmed the spokesperson of Canada and America.

“You may want to live in a hellish nightmare dystopia where Garda resources are diverted to other less serious crimes than smoking a joint, but this is Ireland, and we take this seriously,” concluded the spokesperson.

Elsewhere, gardaí stated they were unsure legalisation would work as large crowds exiting dispensaries all at the once at closing time could result in devastating assaults on snack sections of shops, carried out lethargically by chilled out people in the throws of a fits of giggles.