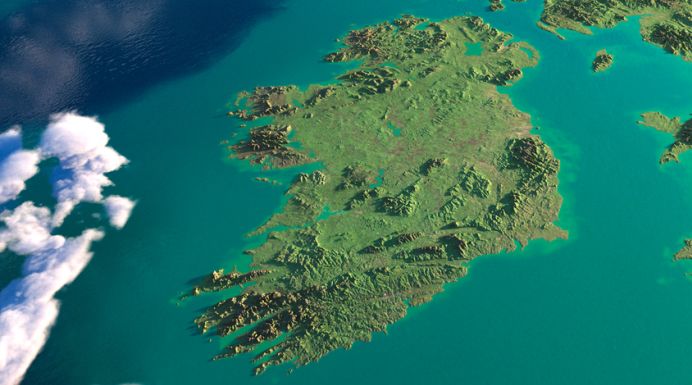 AS A border poll looks increasingly likely within the next decade and debate about how the process of a shared island should be approached, WWN looks into how feasible an inclusive, welcoming and tolerant United Ireland is.

Soliciting opinion from across the island, WWN gained a clearer picture as to how that could be achieved:

“A shared island in which everyone can live in a secular, tolerant harmony can’t be taken as a given and must be hard fought for but we just can’t do that with the protestants here so they’ll have to go, sorry,” confirmed one committed equality and tolerance advocate.

“Aye, the difficulty of all this reunification business is over egged if you ask me. It’ll be a walk in the park after the last of the Prods head back to Britain,” one man we spoke to confidently asserted.

The more people we spoke to the more we realised the political establishment in Belfast, Dublin and London were behind the times; the people were ready and willing, and the time to open discussion and debate was now.

“Live in harmony with them lot? Sure they’re savages!” confirmed one woman, who declined to specify which group she was talking about.

“We’re looking at this the wrong way if you ask me. Surely Loyalists and Republicans can be united in a shared suspicion and hatred of foreigners?” shared one man.

“I have this beauteous vision, so crystal clear, of hands united, no longer living fear. A bright emboldened future lies ahead, but if the Prods think they’ll be staying I’ll have them shot dead,” confirmed Republican poet laureate Éóín Ó Fáóláín, who plans on making his first ever trip North sometime in the next century.

“This is about a mutual respect and patience for each others cultures. You can’t just discard one community and drive them out. No, you have to be much more subtle than that. Do it over time, day by day, maybe rename Church of Ireland, Church of England, that sort of stuff then they’ll get the hint” shared one priest.

“Our lot might take the kneecaps off a lad but they cut the crusts off their bread, the psychos,” offered another open minded United Ireland advocate.

The people of the island of Ireland seem ready and disarmingly accommodating of differing cultures.

“You know, the Orange Marches, let them at it, just stand a few feet in front of them at all times laying down pictures of the Queen in the nip, like a bread crumb trail, they won’t even notice being loaded onto the boat and ferried over to England”.