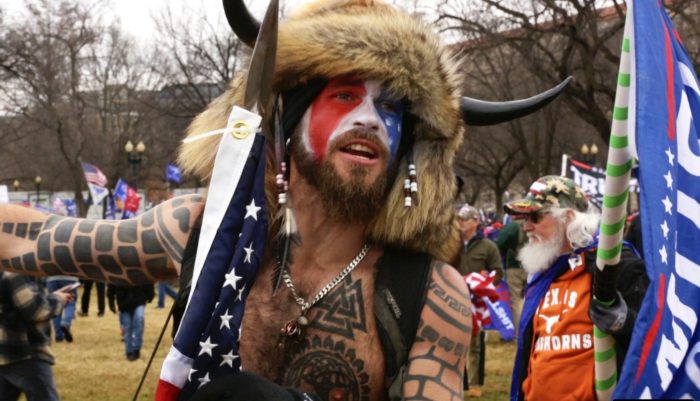 AS the face of politics continues to change on a near-daily basis, you may find that your relatives and friends turn to you, a seasoned internet dweller, for explanations of terms such as ‘alt-right’, ‘ANTIFA’, and of course, ‘QAnon’.

Let’s start there; how would you explain QAnon to someone who doesn’t spend their life engaging in flaming arguments on shady subreddits or 4Chan (explaining 4Chan would be a job in itself)? Well, you can use this guide:

QAnon is the absolute truth, the only truth. Before QAnon, there was only lies; a world blinded by mainstream fake news media, sheep walking in the dark as a cabal of elites sucked them dry and ate their children. That is not a metaphor. Hillary Clinton has her own deep-web TV cooking show called Ready Steady Kill A Kid.

QAnon came along and changed all that. Where did it come from? Who started it? These are not questions that need to be answered right now.

Unless you’re some kind of idiot. An idiot who doesn’t know that when people say ‘pizza’, they mean ‘paedophilia’. To this day, it is unfathomable that in the face of all the proof that we have, some people still go to Pizza Hut, unawares that itss a front for the elites and their sick urges. “I’ll have a diet Pepsi”, people say, not knowing that they just condemned a child to death at the hands of Barack Obama.

QAnon unleashed this truth upon the worlds, and only a real, genuine patriot and hero knows to just go along with these revalations, because they can tell how right they are.

If you believe in QAnon, well done. If you don’t maybe you just need it explained to you a few more times. These people that don’t have a clue, who ask you to explain QAnon – question if they’re worth saving. They might just be simply too ignorant to ever understand, or worse yet; they could be part of them.

Who are ‘them’? Them are they, the rest. You can spot them by their lack of guns (because their reptilian DNA gives them laser eyes – that’s why they don’t wear mirrored wraparound sunglasses).

You can also spot them on social media – they’re the ones pointing at a true hero of QAnon storming the Capitol Building and laughing at him because he’s ‘dressed funny’. He’s got the flag painted on his face and he’s wearing a buffalo hide; that’s how a patriot dresses. He does not deserve your scorn, you commie fucks.

That’s who ‘them’ is. Are. They is. Whatever. If you don’t know who ‘they’ are, you could be one of them. Stop reading this post immediately. We’re warning you.