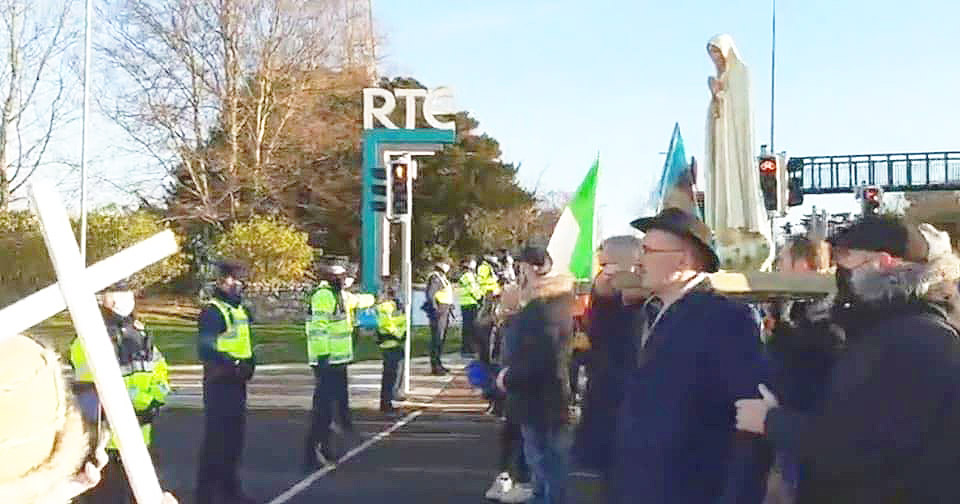 A PLATOON of protesters from the Irish League of Concerned Citizens are today determining how best to direct their anger at the Catholic Church, ahead of the release of what is looking like an incredibly damning report into Mother & Baby homes in Ireland.

“Alright lads, placards down, we need new slogans by the close of business today, ” said one protest co-ordinator outside RTÉ headquarters in Donnybrook this morning, where the ILCC had been protesting something or other.

“We’ve got bigger fish to fry than this nonsense; in fact, this new scandal is going to make our current anger look quite foolish! Granted, RTÉ may have hurt our feelings, but it’s not like 9,000 babies died on their watch, is it?”.

Elsewhere, senior members of the clergy who took part in radio interviews to condemn RTÉ have announced that they’ve lost their phones, but would be happy to partake in interviews surrounding the Mother & Baby scandal as soon as they find them.

“It’s a complex matter that will take time to digest, and when I’ve finished praying to God for guidance over the course of the next 18 months, I’ll get right back to you” added a nun we spoke to, while getting ‘times were different then’ tattooed on her forehead.

Although survivors of the Mother & Baby homes were supposed to get a first look at the report ahead of its publication, this was eschewed in favour of a leak from someone in government to their media pals as part of a larger strategy that survivors ‘wouldn’t understand’.

[UPDATE: Citing ‘covid safety something’, the ILCC has called off any protests outside churches, with senior members adding that ”I’m sure the church and the nuns have a reasonable explanation”].