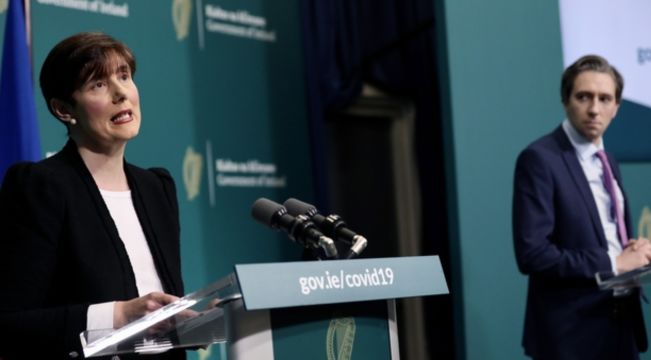 WHILE the Minister for Education ended days of silence and uncertainty to confirm a government u-turn on forcing Leaving Cert students and their teachers into schools three days a week amid an out of control pandemic, Norma Foley maintained schools would reopen in the case of a catastrophic nuclear war.

Speaking from within the confines of a wardrobe from 1994, Foley stated that while schools will remain closed to in-person learning until the end of January due to Covid-19, any potential catastrophic nuclear war would not effect schools as they are nuclear warfare repellent by their nature.

“For the avoidance of doubt, our amazing teachers can continue conducting in-person teaching amidst something as harmless as apocalyptic nuclear war,” explained a smiling Foley, “the leaving cert exams are thankfully radiation free zones”.

Using the same scientific research that makes it possible for the Dáil to only sit for one day a week but said Leaving Cert students could do three a week, Department of Education officials confirmed that during a mushroom cloud filled end of days scenario schools are safer than a subterranean nuclear proof bunker.

“Covid, nuclear attack, zombie badgers, murderous robot uprising you name it, there’s nothing that can affect a school,” confirmed a DoE official, forgetting the number of Irish schools made from prefabs reinforced with soggy biscuits.

“Any uranium enrichment specialist will tell you; whack open a few windows, get the air flowing no bother to them. Sure if you grew an extra hand from exposure, that’d only help you come exam time”.

In a bid to maximise anxiety, stress and uncertainty for as many students as possible the government committed to sending out several ministers on TV and radio to contradict everything that has been said by Foley.

An announcement relating to a new u-turn on the latest government u-turn’s u-turn is expected by the time you finish reading this sentence.