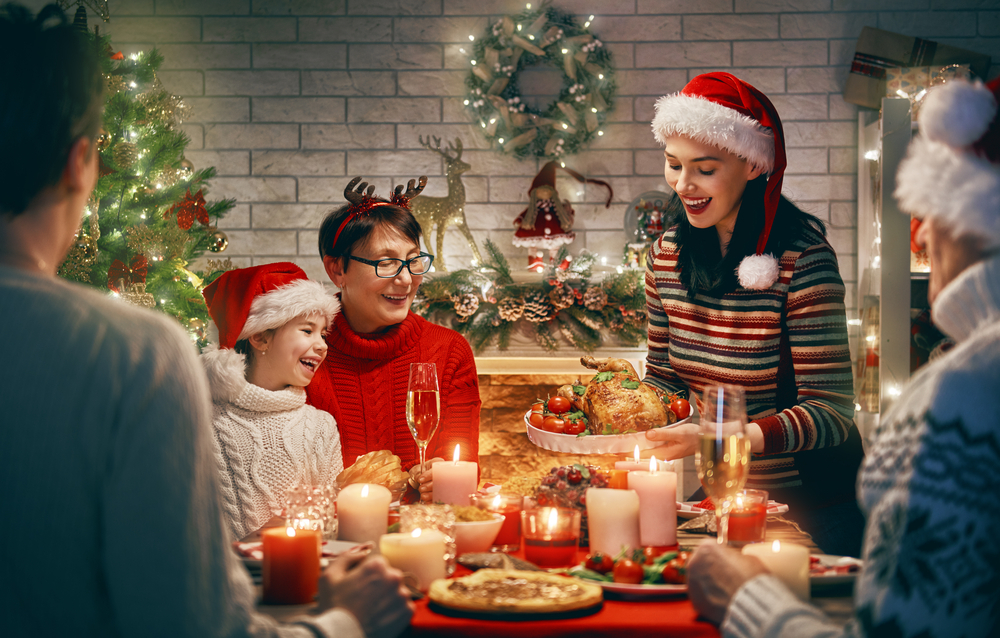 THE O’RIORDAN family are now the talk of the locality after it emerged the clan of raving oddballs have their Christmas dinner at the frankly insane time of 7pm.

“They were always ‘odd’ if you know what I mean,” confirmed neighbour Tracey Whelan when speaking with WWN.

A community wide test alert with nothing but ‘steer well clear of the O’Riordans’ was issued after the news spread, with many expressing concern for the welfare of the family.

“There’s something not right there, you didn’t hear this from me now, but I hear the father shags recycling bins,” explained local man Eddie Glynn, who refused to further explain his point.

The late hour of the O’Riordans dinner has sparked rumours they may be anything from secret Communists, ISIS fighters or Americans, as no good honest Irish family could even entertained the idea of eating at such a time.

“Sure, you’d be as bloated as a beached whale filled with helium going to your leaba. Has no one confronted them about this?” queried local garda Sergeant Willie Murphy.

Fearful they may be unable to look the family straight in the eye of the disturbing news makes its way around the community, locals have begun crossing the road to avoid the O’Riordans.