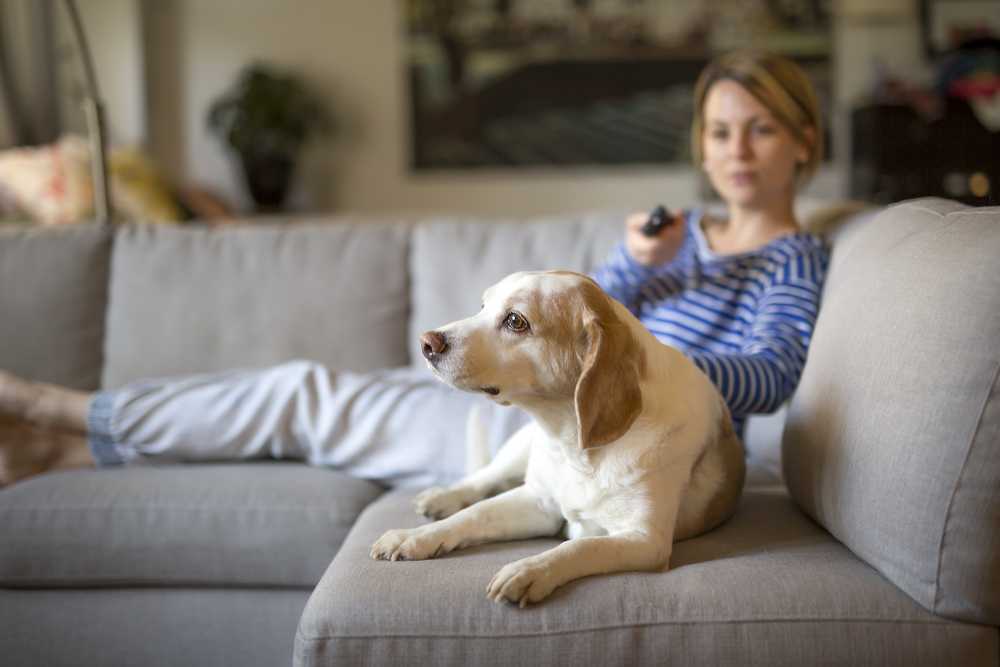 Not meaning to sound ungrateful, Max made sure to state he loved humans but while charming in nature, they certainly had their draw backs when it comes to keeping the house tidy.

“Have you tried to get human hair off a couch? Pain in the hind legs, fucking animals the lot of them,” explained Max, fed up of walking into a room only to find his owners draped across the couch.

“Ah here Dave! What have I said about eating on the couch,” Max barked as one of his owners dropped bolognese sauce on a couch cushion.

“Ah fuck sake, I’ve to go here sorry, he’s after barreling into the kitchen there, off to cover it in his ginger pubes too no doubt,” Max said chasing down his owner and barking angrily at him as he placed his plate in the dishwasher.

After calming down briefly Max spoke about how’s it’s a constant battle to keep the house in anything resembling decent order.

“I tell ya, I don’t even set foot in the bathrooms and toilets, I can’t even look at them, the absolute state. Sure, I let them think they don’t let me in there, but I think if I ever saw the sink or shower drain I’d whimper like they’d stepped on my paw,” concluded Max, giving Siobhan the death stare as she left her hairbrush on the couch.