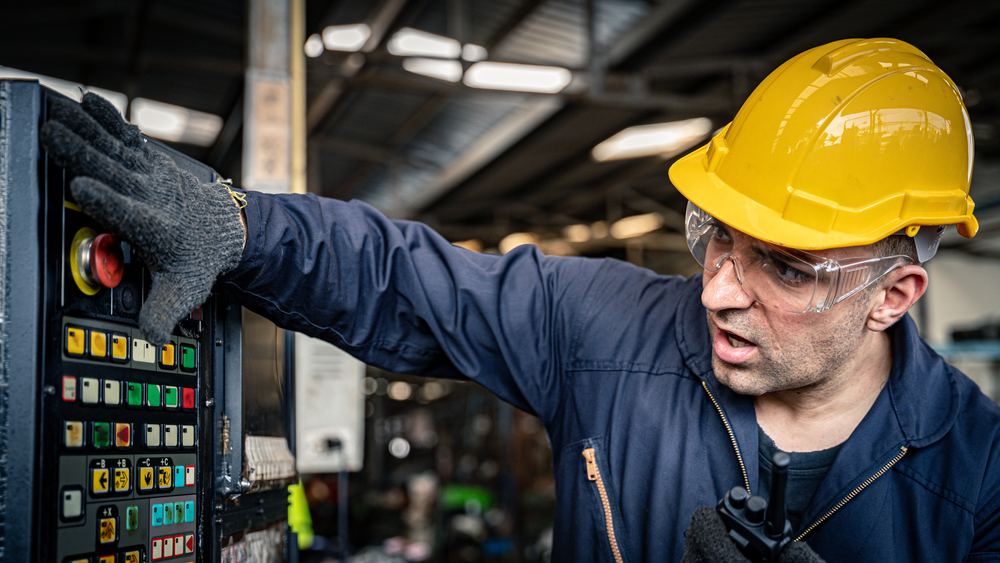 AS flumes of smoke and steam fissures erupted in the basement of RTÉ, sending nuts and bolts flying in all directions, the overworked engineer assigned to RTÉ player maintenance warned “she can’t nae take anymore” ahead of tomorrow night’s Late Late Toy Show extravaganza.

“Two people in Longford are watching Nationwide online, any more pressure on this old gal and she’s done for,” shared maintenance man Scott Douglas, as the player, held together by duct tape, transmitted one pixel of Anne Cassin before magically delivering 3 minutes of ads in crystal clear HD.

Now pressing his ear to the beating heart of the archaic online player, the weathered employee spoke to it in an attempt to coax it back to functioning correctly:

“Calm yourself girl, there’s a good lassie, Scotty’s got ya, I’ve got ya,” he added, but the fearful look in his eyes suggested the Toy Show, available live on the player around the world for the Irish abroad, wouldn’t survive the hordes of TV viewers desperate for their annual fix of precocious kids telling Ryan Tubridy ‘my Daddy says you’re stealing a living’.

“Don’t you quit on me damn it, she’s buffering,” Scotty added now banging a spanner on the outside of the player, desperately trying to get a tune out of her.

“What mad bastard thought it was a good idea to stream Fair City when there’s already six people in Ireland using the player at the same time?” groused Scotty, before muttering to himself about how he’s not paid enough to put with this.