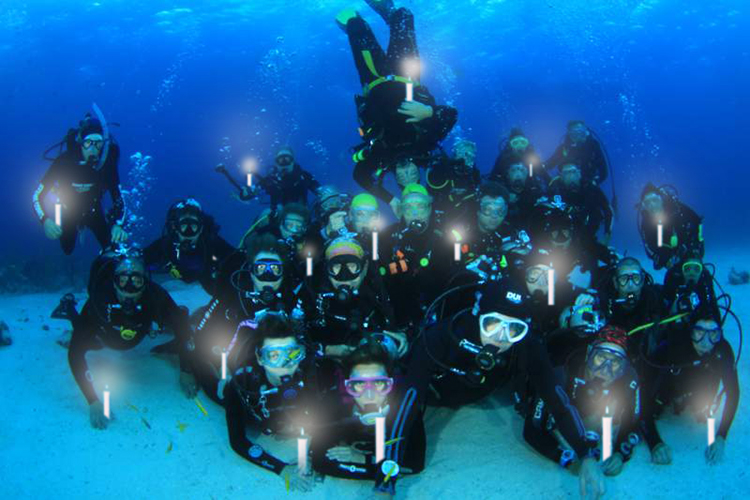 A GROUP of divers in Dingle including concerned locals, nuns and priests have descended the waters to hold a candlelit vigil as local dolphin Fungi’s whereabouts remain a mystery.

Handing out water soaked flyers with ‘have you seen this dolphin’ ink already running, submerged divers where asked to keep an eye out and pray for Fungi’s safe return.

“Fuck it, hang on a second and I’ll get it working,” shared one underwater vigil attending Healy Rae as he is tried and failed for the hundredth time to light a match for his candle.

“Lord, we ask that Saint Anthony keep an eye out for Fungi and we pray for him now,” shared 93-year-old nun Conchata O’Brien, using the bubbles from her breathing apparatus to communicate with the gathered crowd via morse code.

Speculation remains rampant around Fungi’s whereabouts with rumours ranging from he ‘got sick of the place’ to ‘he fell in with a bad school of fish’, but authorities are no closer to locating him today.

“Much like live entertainers up and down the country, Fungi is a bit of an attention whore and with the pandemic restrictions he lost all of his audience overnight so he could be just sufferring from depression and hiding out down there,” suggested one investigator, “rumour had it that he tried live streaming at the start of lockdown but was getting shite views and the piss poor rural internet kept cutting out”.

Fungi’s dwindling career was also further marred after being caught ingesting puffer fish in July by Dingle gardaí, a commonly known hallucinogenic for dolphins, and was given a three-year suspended sentence.

“The lockdown is really taking it’s toll on all forms of mammals,” a solicitor for the dolphin defended at the time.