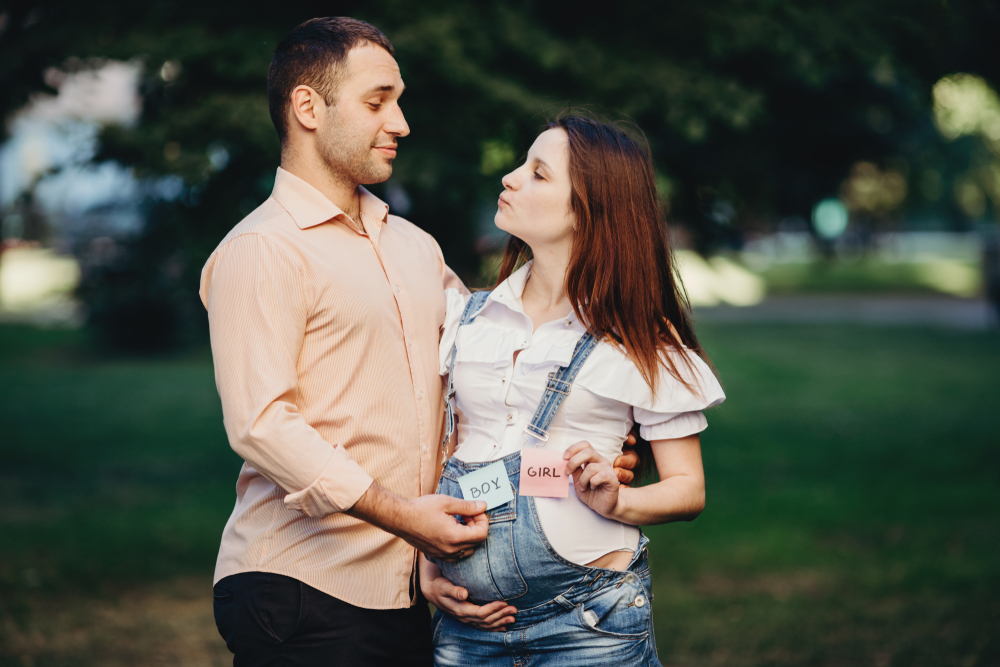 A MORTIFYING disaster of epic, reputation ruining proportions was avoided by a Waterford couple after friends and family intervened to successfully reason with them, WWN can reveal.

Sarah and Michael Corkley (both 26) had circulated the idea they intended to have a ‘gender reveal party’ following the happy news Sarah was pregnant with the couple’s first child. However, the idea was labeled at best ‘a load of American horlicks’ and at worst ‘would you two eejits ever cop on to yourself before you ruin the Corkley name for generations to come’ by those closest to them.

“I flat out pretended I’ve never heard of that awful ‘reveal’ shite when they told me. I told them I’d march straight into the hospital and steal the scan and tell them the baby’s gender if they didn’t wise up,” Sarah mother Jackie explained to WWN.

Sarah’s mother conceded that while she was all for keeping the baby’s sex a surprise, the proposed plan of revealing it in a lavish ceremony by splashing blue or pink paint all over the Cliffs of Moher was ‘a step or four thousand too far’.

After an intervention at which all those who know the couple made it clear they would be disowned for life if they did a gender reveal party ‘like they were some fucking influencer or Youtuber’ and would be, according to Michael’s father Richard, ‘influenced into a tube and shot from a canon into a nearby wall’.

“Jesus, would Michael not do what his father and me did, and just think I was putting on a bit of weight until giving birth on the toilet 9 months later like a normal person,” added Michael’s mother Grainne.

“The fuckin’ notions on this generation, I tell ya,” added the happy grandmother-to-be.