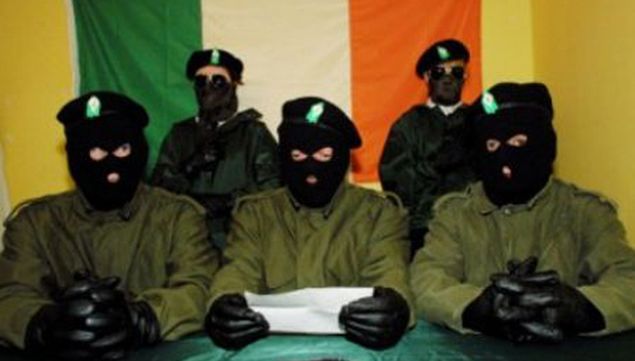 APPARENTLY not reacting well to the news that Jonathan Hill has been named the new, permanent CEO of the FAI, a man, who is clearly John Delaney wearing a balaclava and delivering an official statement in a poorly decorated spare room, has announced the formation of the ‘Provisional FAI’.

“We in the Provisional FAI cannot condone the direction the old organisation is going in, can’t abide an ideology that isn’t all about cheap PR and foolishly stresses long term planning for long term success over maxing out the company credit card,” said a voice coming from beneath a balaclava.

“It seems, the FAI have forgotten the history and struggle of Irish football, and are turning their back on buying fans cans and singing Republican ballads. For shame, I hear Mr Hill is even paying his own rent. Brother, sisters, how far the FAI has fallen,” the man added.

The Provisional FAI is now laying a seemingly illegitimate claim over the running of Irish football and chief among its immediate aims is the banning of tennis balls, and a return to only hoofing the ball exclusively at Shane Duffy’s head for 90 minutes.

“I would like to take this opportunity to thank the countless brave soldiers of Irish football who continue to fight against this brazen attempt at robbing the football family of its treasured and traditional oligarchical, patriarchal structure, we must put these interlopers under pressure, and give getting our football back a lash”.

The balaclava clad individual then told his fellow Provisional FAI members that their annual membership was due and should be deposited into his account by the end of the day for safe keeping.