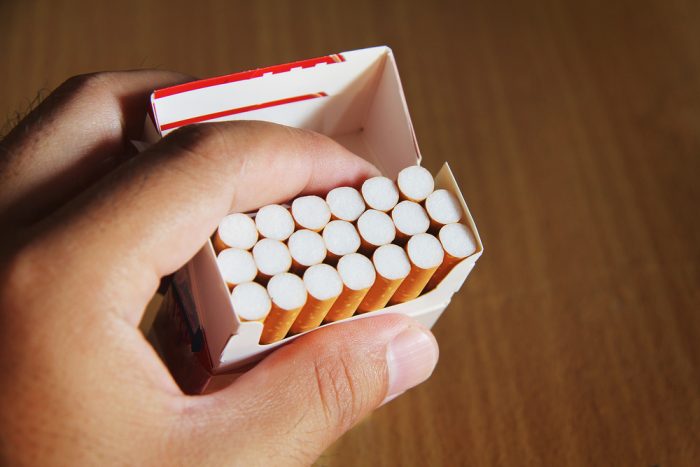 “IT’S like a little present to myself,” said Waterford man Kenneth Muldoon, unwrapping a pack of Marlboro cigarettes like a child on Christmas morning.

Muldoon, 23, is a regular smoker but is limited to smoking hand-rolled cigarettes due to also being too broke to afford ‘real fags’, most all the time.

Resorting to ‘making do’ with rollies that look like the inside of a bookie’s pen, Muldoon splashes out on proper cigarettes every four weeks or so, or whenever he has a spare tenner in his pocket or if he just feels that his lungs are due ‘a treat’.

“Rollies are alright, but it’s like putting together a Kinder Surprise toy every time you want a smoke,” explains Muldoon.

“And they’re a nightmare when you’ve a few pints on board, trying to put together a cigarette like Lego with a filter stuck in the corner of your mouth while you get bumped by people from all sides. So it’s nice to just open a pack and boom; there’s a smoke waiting for you. Open it again, there’s another! And another and another! It’s just the most magical experience in the world”.

Muldoon also states that real cigarettes seem healthier, and are basically good for you if you smoke enough of them.