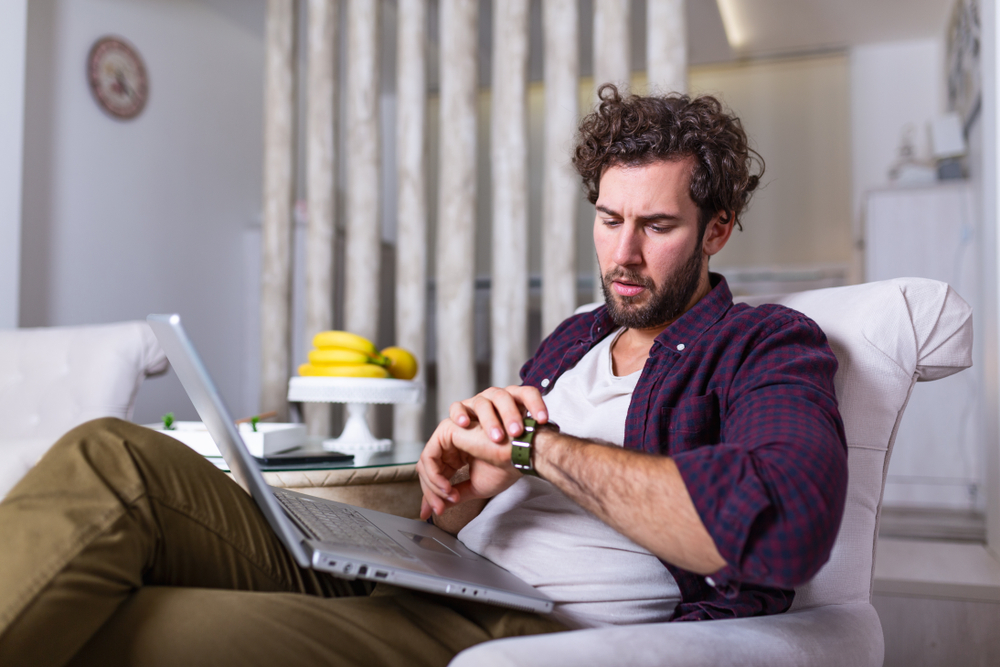 CITING the fact that October already feels like it’s the longest month recorded in human history, office worker who’s been working from home ever since ‘shit was sent to the fan via a heat seeking missile’ back in March, Cian Toland, is pulling a sickie.

“Admittedly my mood is not the best on account of the fact the world is a steaming pile of shit populated exclusively by assholes who just won’t quit,” Toland wished he wrote in an email to his boss, which actually just contained the words ‘have food poisoning’.

Toland, always one to object to people saying they are ‘entitled’ to sick days, has discarded his previous stance on account of the fact he reckons he’ll “hit the fucking roof if today is a repeat of a Monday’s picnic of prickishness”.

“I’ve a good work ethic normally, but fuck it, have you looked out the window or switched on the news? I’ve a date with my couch and my fat man pants,” confirmed Toland, believed to be Ireland’s very last ‘holdout’ when it came to doing himself the kindness of taking a sneaky day off in 2020.

Placing a do not disturb sign on his head, Toland would not be drawn on when he specifically decided ‘fuck it’ but it is speculated it was several milliseconds after he opened his eyes and began formulating thoughts.

The perma-tired and fed up 29-year-old couldn’t rule out doing the same again for every subsequent day remaining this year.

“It all depends on if I can get all 47 TV series and 103 movies on my Netflix watch list done today,” Toland confirmed while throwing his work laptop out the window like it was a frisbee.