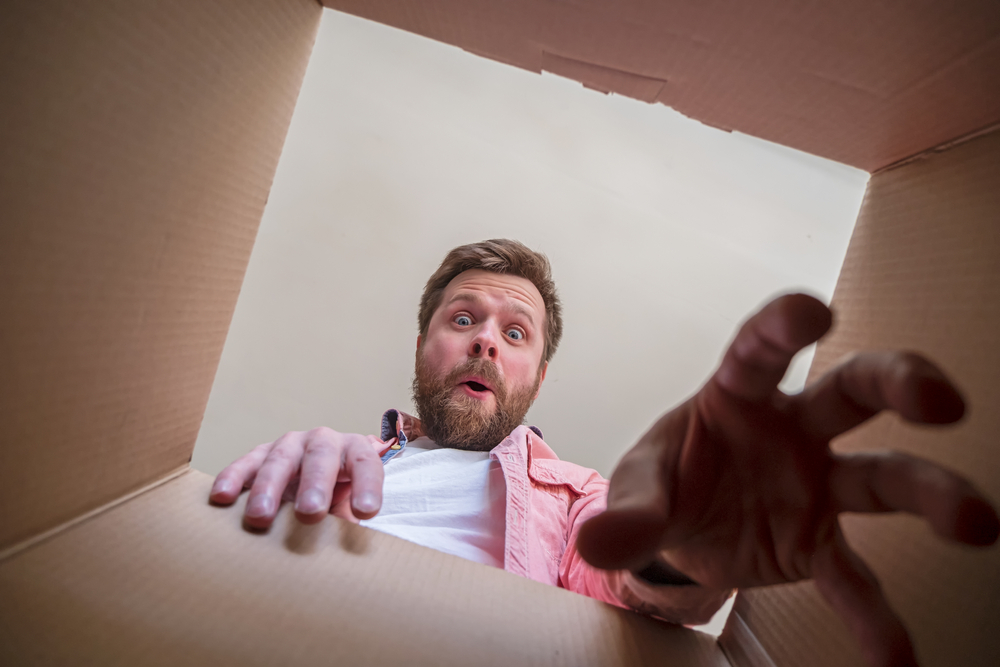 “JESUS, I haven’t seen this thing in years, look at all the dust,” remarked local man Anthony Goughlin, as he descended the squeaky fold up ladder that led to the attic in his house.

Prompted into a nostalgic trip down memory lane on account of news that Sacha Baron Cohen’s iconic comedic character Borat is to return in a second movie film, Goughlin couldn’t help but check to see if he still had his old impression up in the attic.

The impression, when Gouglin first used it back in 2006 gained the 35-year-old a well earned reputation as a thoroughly annoying wreck the head of a prick, made its way up to the attic sometime in 2013, some seven years after he was first asked to ‘please, shut the fuck up’.

“Aw, the lads are gonna love hearing this again,” Goughlin said as he blew the dust off ‘Niiice!’, ‘yes, I like’ and ‘high five’, and one stretched out a neon green mankini worn by 18 of his closest friends on various stag weekends that has never been washed.

Asked if he thought that the old impression would prove incredibly irritating and annoying to all those who encountered it, Goughlin conceded “yeah, it’ll probably do people’s head’s in and they’ll think I’m a prat…NOT!”

Our interview was then interrupted by Goughlin’s wife who, armed with a sweeping brush, began hitting her husband repeatedly.

“You told me you took that to the dump years ago. Get that fucking thing out of my house, and I tell you what, if you’re Cartman impression is up their too you’re sleeping on the couch tonight,” Goughlin’s wife said in between brush strikes.