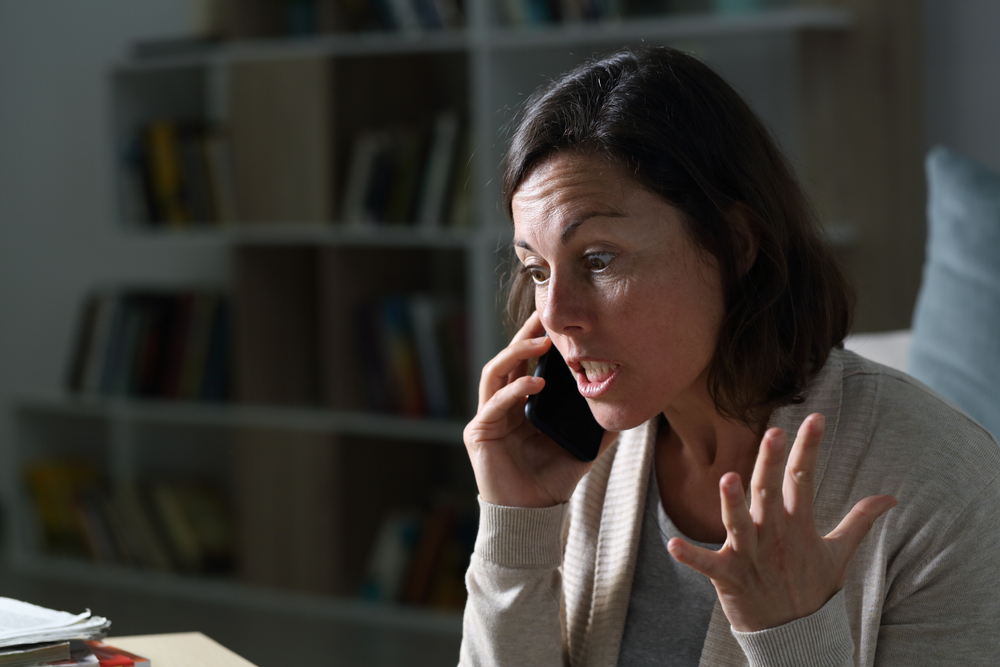 WITH the lines to Joe Duffy jammed, local Dublin based mother Julianne Montgomery was left with no option but to report a ‘highly sophisticated computer algorithm based theft’ of her son’s hopes and dreams to the gardaí, WWN can reveal.

“I said I’d like to report a crime and no, I’m not raising my voice,” confirmed Montgomery shouting down the phone to the emergency service operator patiently trying to explain to her that Joshua’s H2 in Maths wasn’t a crime greater than a thousand murders, as Montgomery had claimed.

Parent to just one of the many children who might not have received their desired results, Montgomery is reasonably asking for Minister Norma Foley and all Dept. of Education laptops and websites to be arrested.

“That’s it! I want to speak to Commissioner Drew Harris immediately or the Sergeant of the Computer Síochána immediately, and don’t worry, I’ll let him know how unhelpful you were,” added Montgomery.

After repeating ‘do you know I am?’ countless times failing to result in the dispatching of an armed Garda swat team to Joshua’s school, Montgomery has been forced to seek justice by more conventional means.

“He isn’t some DEIS school dole addicted scumbag, this isn’t supposed to happen to people like us, like my Joshua,” Montgomery said, now paying her cleaner to chain herself to the gates of Leinster House on her behalf.

“Alright look, I may have overreacted, can’t I just write a cheque to the school in exchange for a H1. Like the last time, only this time it’s for a H1 and not just keep that lying bitch in Joshua’s class quiet about what happened at that party,” Montgomery pleaded, now on the phone to the school principal.