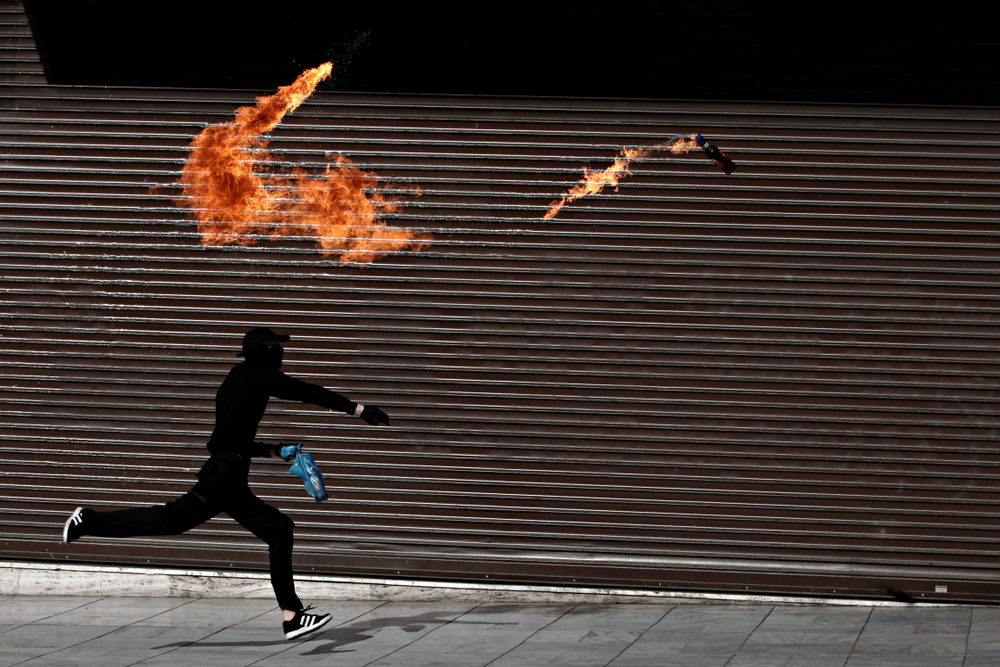 THERE may be conflict in the Middle East and turmoil in the oil markets, but that doesn’t mean the doom and gloom gets transferred to every customer at the petrol pumps; in fact, WWN spoke to a number of Belfast youths over the weekend that say they’re quids in thanks to fluctuating prices.

“I saved a few quid on petrol this 12th against what I spent over the few years” said one 15-year-old we spoke to, as he hurled a petrol bomb in the direction of an understanding group of police officers in riot gear.

“We thought when the 12th was called off for the Coronavirus thing, we wouldn’t get a chance to peg petrol bombs at the peelers at all this year. And it seems a lot of service stations thought likewise, because they lowered their prices even further, which just meant more savings in this kid’s pocket right here. Best July ever”.

Elsewhere, an eco-conscious young scamp has spent his lockdown manufacturing biodiesel out of used cooking oils and a Wikihow article, which he claims is just as flammable as petrol when dashed against the side of a PSNI Land Rover.

“It helps offset the negative environmental effects of a nine story bonfire comprised almost entirely of tyres” explained the enterprising young lad, who is selling his homemade fuel to other youths from both sides of the political divide for a healthy profit.

“Sure if you can’t look out for the wellbeing of your community, who can you look out for?”.

Meanwhile, large numbers of young rioters in Belfast have confided that they’re not 100% sure why they do this every year, but sure why not if everyone else is at it.