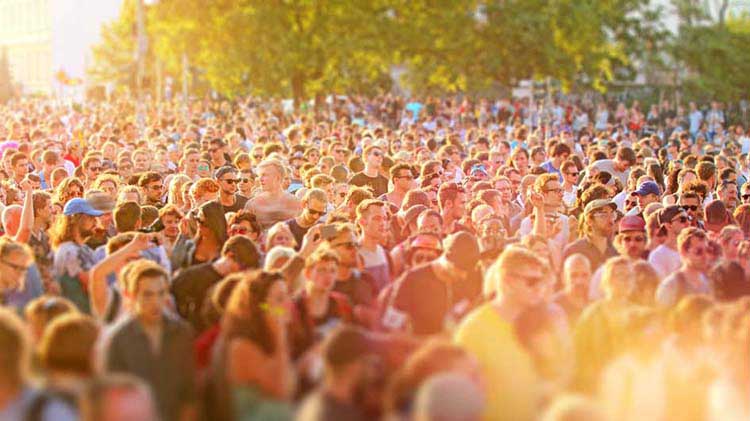 FOLLOWING news that Ireland has gone 24 hours without one single death caused by Covid-19, tens of thousands of revellers flocked to the streets in celebration with many praying to never see the likes of the virus again.

“We’re just so overwhelmed that we drove into the city with nanny and the kids to show our support,” beamed 43-year-old mother of four Doreen Mackey as she wheeled her elderly mother through the manic crowd, which had all the same joyous ferocity of 1,000 Italia ’90 homecomings but the collective forethought and intelligence of a Conor McGregor press conference.

“I just shifted some young one and I don’t even know her,” joyed one teenager we spoke to, who was celebrating with a large crowd chanting the all time favourite cheer ‘olé, olé, olé’.

Sneezing enthusiasts also welcomed the news by taking to the streets to demonstrate their loudest of sneezes.

“I’ve been waiting weeks to get these out. Did you know more than 10 sneezes are an orgasm? I’m so fucking stoked right now,” sneezed another woman, directly onto a passing pensioner who reveled in her spray, before rubbing the droplets into their face in defiance of previous social distancing guidelines.

“We ask people to not have public sex until after the 9pm watershed,” Sergeant Tadgh Moore told WWN, before joining a train of people doing the conga line around the city centre.