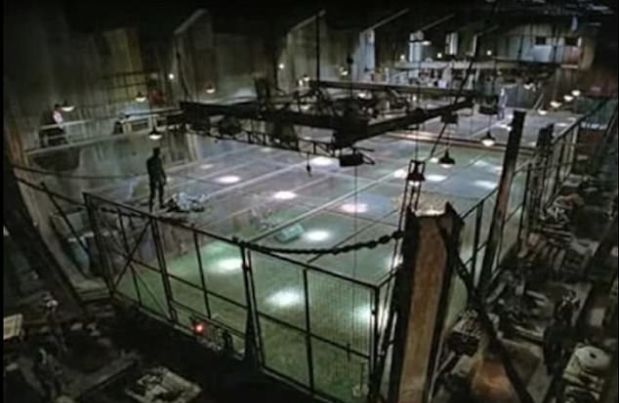 IT’S THE news every soccer fan has been waiting to hear; the Premier League is back with a few tiny, imperceptible adjustments that means the game we know and love can return as normal in the format of the iconic 2002 Nike football cage advert.

“An abandoned boat in the middle of the ocean, socially distant 3-a-side, a demented Eric Cantona shouting at people, this format has got it all while sacrificing nothing by changing everything about the 11-a-side game with packed stadiums,” said one money fan involved in running the Premier League.

The new proposals, which sees the Junkie XL remix of Elvis hit ‘A Little Less Conversation’ play over every game, has already received the backing of Liverpool fans who admitted they would agree to insuring they cam win the league even at the price of the total destruction of humanity.

Responding to accusations they are putting profit before the health of players and wider society, Premier League authorities admitted “yes, abso-fucking-lutely” and gave assurances that there wasn’t a safety protocol the British Government didn’t actually put in place that they wouldn’t ignore in the race to get the league back up and running.

“Adequate testing, low ICU numbers, low reproduction rate – we have none of those things which makes now the perfect time to get back to playing. As we know, millionaire footballers aren’t people so don’t worry if one gets infected we’ll just shoot them dead like the luxury cattle they are,” confirmed head of player welfare at the Premier League.

Among rejected proposals the Premier League looked at as part of ‘project restart’ included ‘playing the remaining games on Elon Musk’s astroturf pitch on Mars’, ‘Zorb football’ which was ruled out due to the material playing havoc with the VAR cameras, and most ludicrously of all ‘waiting until it’s actually safe to do so’.