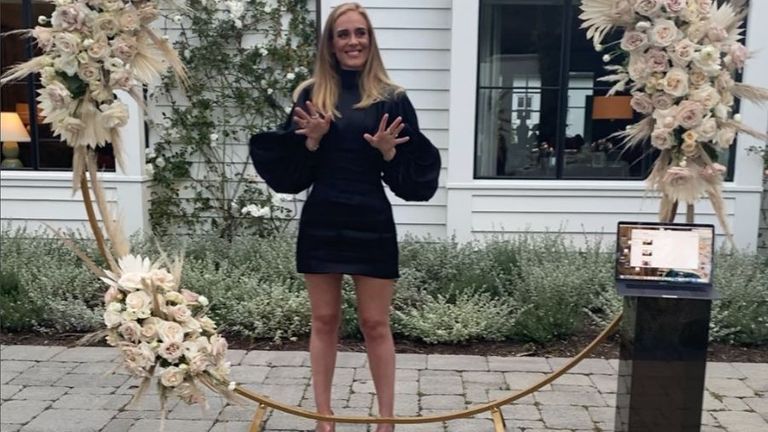 CAREFUL not to giveaway any hints that they were losing they’re fucking minds over a 32-year-old women’s appearance, the media calmly began circling the skies over towns and cities, hanging out the side of helicopters and screaming ‘Adele skinny now!’ from megaphones and large speaker systems.

Adele, a 15-time Grammy winner, is believed to have published a photo on a social media account, prompting journalists to spontaneously explode as they perfected their ‘hey, Adele has lost some weight and this means she’s beautiful now’ without getting caught outright saying such a thing.

Leading women-are-people-too focused media publications are now sending up flares into the sky to spell out ‘post-divorce glow up’, ‘here’s how you can almost kill yourself with our Adele diet secrets’ and ‘nevermind stupid news about Covid-19 deaths, ADELE SKINNY NOW’, but it is not yet known when delirious media outlets will make the predictably cynical shift to commissioning articles about how it’s terrible that you, not them, even think someone’s weight warrants being ‘news’.

“We’re all about pretending to give a shit about ‘body positivity’ these days,” confirmed publications that dedicate their resources to making you feel shit about yourself, “but Adele using social media to thank frontline workers for their Covid-19 efforts was a perfect excuse for us to draw attention to her weight and get you lot arguing among yourselves” added publications now following you around the house with a megaphone screaming ‘ADELE SKINNY’.