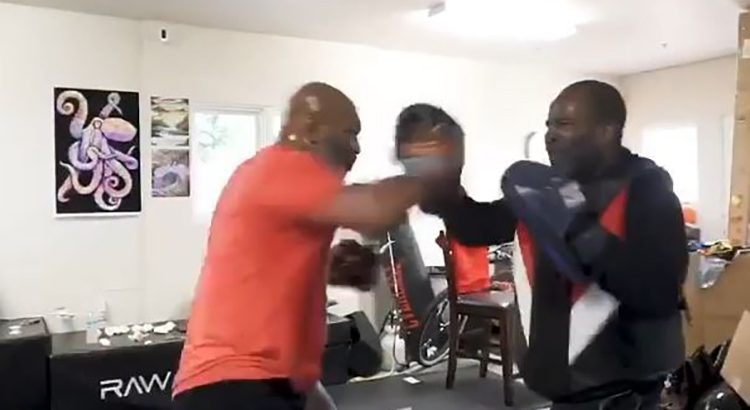 UNAWARE of the millions of comments, likes and shares his most recent training video received on the back of a 10 second flurry of punches, a grimacing Mike Tyson slowly turned to his left side in the bed in the hopes of comforting his aching arms.

“My handth are thore when I thurn around,” the 53-year-old told this reporter, his face in agony as he shuffled his weight in his bed in a bid to talk to me, “thorry I thanth make you shome thea or nothin’, I canth geth outh of the bed”.

Mr. Tyson explained that he has been in his bed since Saturday morning after a video went viral of him sparring in the US, showing how quick the former heavy weight world champion still is, despite retiring over 15 years ago.

“I’m really happy with all the kind commenth, but I’ll be in bed for at leatht a week after that – I’m pooped,” Iron Mike confirmed, as a physio began gently massaging his arms which were still swollen from the combination, “ow, no, thath hurth, ah… oh jethuth, my armth are like two big boilth about to burtht”.

Tyson had previously announced he is to now return to the ring, insisting that he should be recovered in time for the bout.