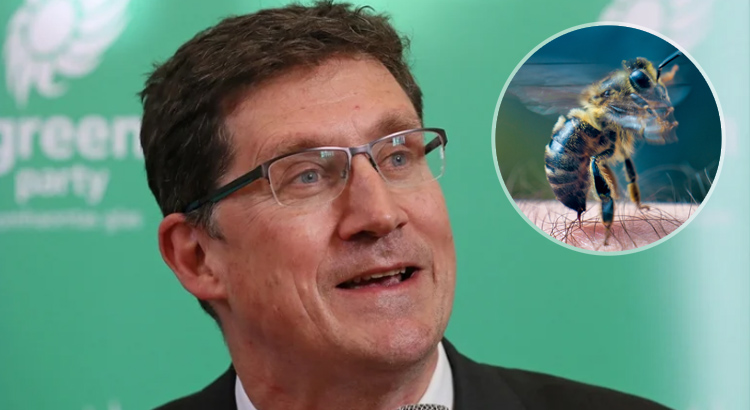 AS THE leaders of Fine Gael, Fianna Fáil and the Green Party meet today to discuss potentially forming a three-party government, the smallest of the three parties, the Green Party, have named their price.

“It’s the obvious solution,” confirmed friend of wolves and Green Party leader, Eamon Ryan, as he discussed his party’s ‘red lines’ for going into government which included arming all bee stingers with the vaccine for Covid-19.

Now throwing bees like darts at a nearby Green Party member’s arm and shouting ‘bull’s eye’ demonstrating how the bee-administered vaccine would work, a no longer naive Ryan was optimistic about not getting completely destroyed by going into coalition this time around.

“We’re glad Eamon is on the same page as us,” confirmed Varadkar and Martin who have ambitiously committed to tweeting ‘Happy Earth Day or some shit’ once a year as the centrepiece of their parties’ massive pretend-to-be-committed commitment to the climate, and humanity in general.

“Sure Eamon, whatever you say; methane tax on flatulence, bicycles made from vegan cheese, it’s all yours,” confirmed Varadkar and Martin, snorting uncontrollably while holding back their sniggers.