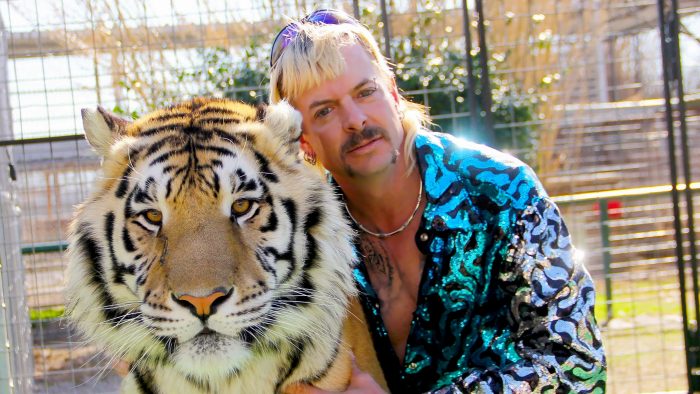 GRIM and heartbreaking news emanates from every corner of the world as a pandemic annihilates humanity, but holy shit have you watched Tiger-fucking-King on Netflix yet?

‘Tiger King’, the rare ray of hope for people traversing a daily desert of hopelessness in search of an Oasis offering respite from crushing news, is the documentary series you need to introduce yourself to and a series a number of scientific studies have called “the most America has ever America’d”.

We are all trapped, Groundhog Day-like, in a recurring nightmare of a world interrupted, suspended until who knows when but seriously, what do you mean the names Carol Baskin, Joe Exotic and Doc what’s-his-name mean nothing to you?

“Tigers. Murder. Missing dead husbands. One lad has multiple husbands. Another lad has a harem. Country songs about tigers. Fuck off, don’t give me the ‘I haven’t got the time to watch it’ excuse. Incorrect. You only have time to watch this,” screamed Tiger King viewers with the same manic energy contained in one of Joe Exotic’s rants about Carol Baskin.

Now growing even more eager to push the series on people who haven’t watched it yet, viewers took a Billy Joel ‘We Didn’t Start The Fire’ approach to unloading all the show’s highlights in the most time efficient manner possible:

Elsewhere, in a reminder that it is important to retain our perspective during these times, self-isolating people everywhere have demanded Netflix release a 400 episode season 2 of ‘Tiger King’ immediately or risk large scale violent riots.