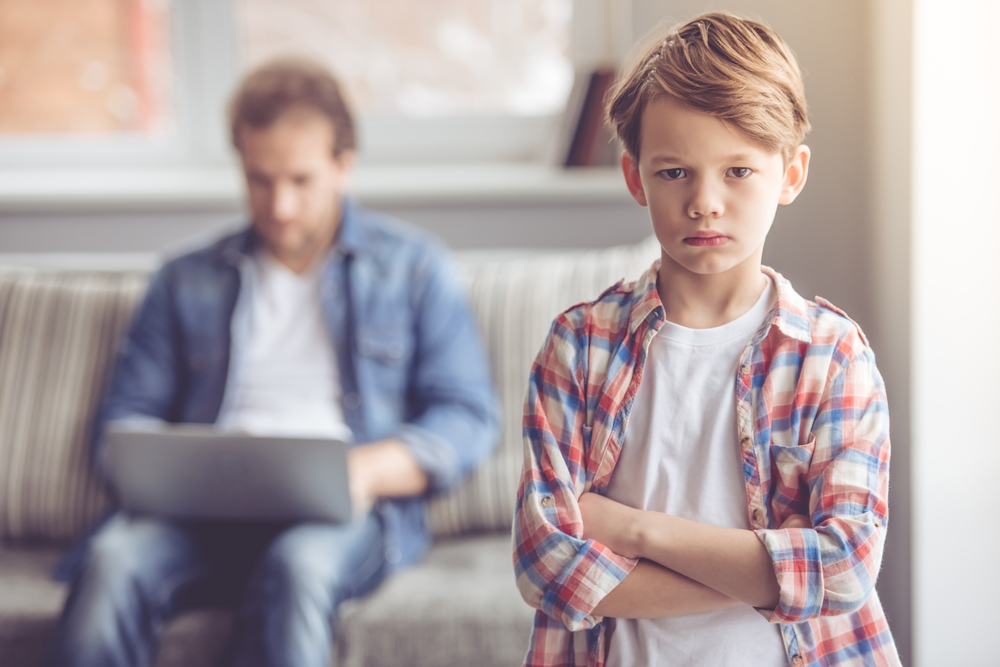 A FRANKLY astonished 8-year-old Irish child is questioning everything he thought he knew about his parents after witnessing their half-arsed attempts at looking busy as they continue to ‘work’ from home.

“Mum’s words-per-minute typing is fucking awful, she’s going at a snail’s pace and only using her index fingers, and himself? He’s been on the phone to IT for the last week saying he can’t get Zoom to work but then he’s telling friends ‘oh yeah, I’m still flat out’. Fucking workshy bollocks are stealing a living,” confirmed little Matthew Gallon, son to Brian and Rachel Gallon.

“I’d report mum to HR only she is the head of HR in her place, not that you’d fucking know it. She spends more time staring in the fridge and taking piss breaks than she does at her desk,” the young tyke added, genuinely disgusted by the lack of work ethic from his parents, the very same people who give him a hard time for not tidying up his toys.

“I’m questioning everything I know about economics, capitalism. This whole thing, the whole damn system, it’s like a house of cards waiting to collapse and these eejits have the audacity to think their companies would be lost without them? A ‘day’s’ work? They rolled out of bed at 10am and they’re clocking off at 4.30pm,” added Matthew who was either having an existential crisis or just needed a nap.

Matthew joins a growing chorus of children across the world that have reported their working-from-home parents to their employers and demanded better work rate dedication.

“My dad’s so all over the place I just muted him in the middle of his Zoom call and stood behind and delivered my own Powerpoint to his boss,” explained Matthew, “some people in this house need to buck up, big time”.