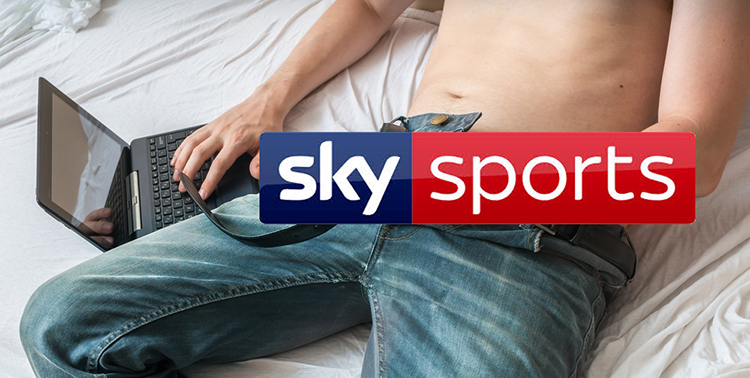 BEREFT of traditional sport due to the cancellation of life as we know it, Sky Sports have secured a broadcasting deal that will be music to sports lovers’ ears the world over.

The exclusive rights to the international online ‘competitive wanking tournament’ has set the company back €200 million but could become the most watched event in sporting history, given the numbers of people sat at home with nothing else to do.

Competitive Wanking is a sport which is made up several different disciplines such as the short form ‘five second spurt’ and longform ‘the marathon’ as well as the arduous endurance event ’round 2,3,4,5 and 6′.

Arousing Sky Sports schedules for the first time in weeks, the Competitive Walking Tournament sponsored by Come Again Holidays, will form the bulk of programming with some familiar names called in to asses the furious wrist action.

Monday Night Wank, will delve into the tactics and strategies employed by elite wankers and will be presented by Jamie Carragher and Gary Neville.

“It’s an abrasive contact sport fraught with injury,” explained Paul Onitt, organiser of the Competitive Wanking Tournament, which includes mens, womens, doubles and team events, “that’s why I think audiences will love it – the variety although the team is cancelled this year for obvious reasons”.

Ireland’s most famous wanking dynasty, husband and wife double’s partners Ulick and Pat Magee have come out of retirement after being coaxed back into action by a lucrative sponsorship deal with Kleenex tissues.