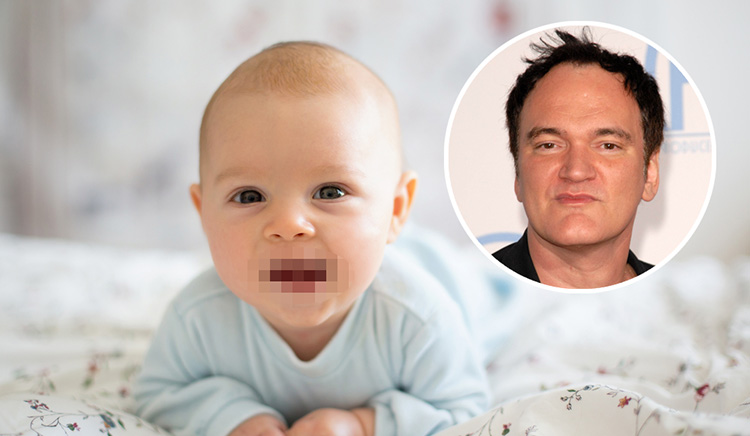 THERE was a Hallmark moment for Quentin Tarantino’s family today, after the esteemed director’s infant son Leo uttered his very first racial slur while sitting through a marathon binge of 70s blaxploitation cinema with his Dad.

Both Tarantino, 56, and his wife Daniella Pick welcomed the little boy into their lives in late February and while baby experts were shocked to learn that a 12 day-old baby has already spoken his first words, they were less surprised when they learned that little Leo had heard the n-word almost 1,000 times a day since he arrived home from hospital.

While Quentin has faced criticism for his frequent use of the n-word in his movies – it has featured 214 times throughout his 9 films, including a back-whipping 110 times in Django Unchained alone, he has always remained adamant that it is his right as an artist to use language as he see’s fit; and the same goes for his kid.

“Look the little guy just heard the fuckin’ n-word a buncha fuckin’ times while we were watching Disco Godfather, and felt he needed to use that word to express his feelings on the fuckin’ situation, whatever that was, the fuckin’ milk coming from his Mom, the fuckin’ onesie we had on him. Whatever. Point is; that’s the word he wanted to use, and are you telling me that it’s okay for a little black baby to say the n-word when it wants to be burped, but not my kid just because me and his Mom are white? Because that’s some racist shit right there, wouldn’t you agree?” said Tarantino, in one breath.

“Now get the fuck off my porch. Me and the kid need to go back to watching movies for another ten hours, and then I have to get to work on my next movie, a grim retelling of Three Men & A Baby set in the projects, called… well, you can probably guess”.

Meanwhile, Las Vegas has paid out to all gamblers who had the n-word down as baby Tarantino’s first word, despite ‘motherfucker’ being the odds-on favourite.