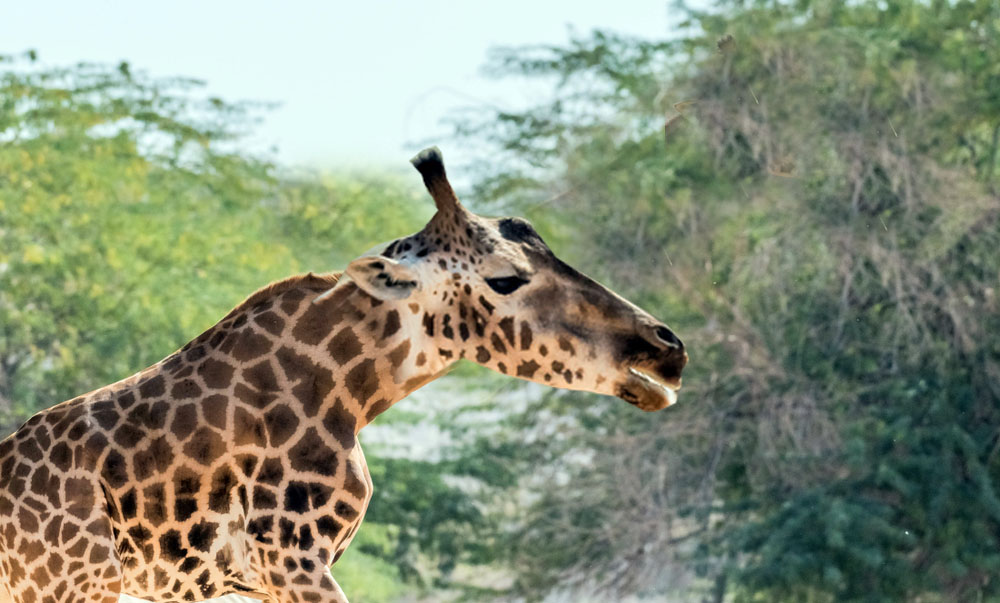 A RARE shorted-necked giraffe, believed to be one of just 7 left in the world, is being protected by zookeepers in Dublin zoo after other giraffes began to systematically bully and isolate him.

K’Cenon, a rare African parvulus giraffe which only occurs in one in a million births, had moved to Dublin zoo 4 months ago but has already been ostracised by the so-called ‘normal’ giraffes.

“While obviously giraffes don’t have the ability to speak to us, but they communicate via a rich array of gestures and noises and honestly, I’ve been shocked by what they’ve said to K’Cenon,” shared Dublin zoo employee and giraffe behaviour expert Lydia Crowley.

“Temuu, our oldest giraffe has been caught calling K’Cenon a ‘short arse’ and in a cruel act has told all the other giraffes to eat the low hanging fruits on trees first so K’Cenon has to jump to try and get his supply of food,” Crowley added.

Other incidents have seen a group of fellow teen-aged giraffes visibly pointing their hooves at K’Cenon before braying to themselves, in an indication they may be mocking him.

Dublin Zoo has made an appeal to the public and other zoos to locate a female parvulus giraffe so K’Cenon can have some companionship and more importantly, so they can sell the movie rights to K’Cenon’s story for a lucrative animated Disney movie.