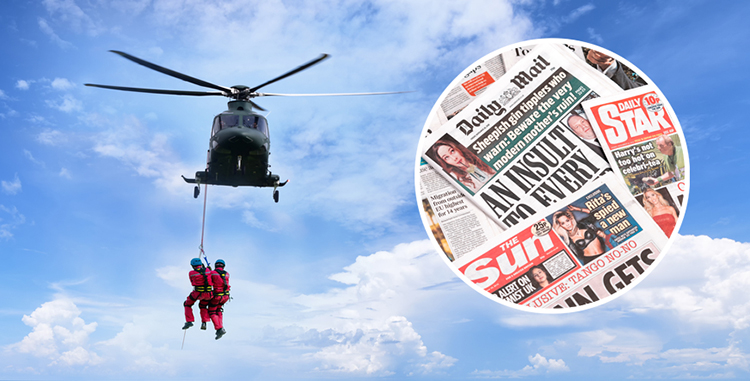 A LARGE SCALE rescue effort is under way after thousands of internet users have become stranded in dangerously ignorant conditions on the higher moral ground, unaware that they themselves played a part in their own stranding.

Internet rescue service personnel have been inundated with emergency calls from people trapped in comment sections, many of whom incredibly passionate about news stories they can jump to conclusions on, regardless of their lack of knowledge, understanding or ability to self-reflect on the part they may have played in creating treacherous storms that relentlessly rain down on some vulnerable individuals.

“It’s very hard to gain access to the higher moral ground. It’s tough for rescuers to get past the raging statements made without even a cursory look at the information, and conditions overhead aren’t great as we’ve to weather a torrent of mindless abuse ahead,” explained lead rescuer, Don Franklin.

“But don’t worry; there’s still a strong WiFi and 4G signal up there so they can still access all the vindictive tabloid articles they love, crave and constantly talk about. And look, I know it’s our job to rescue those trapped, but a lot of them are the very same people we pulled out of the swamp last week, knee deep in the very shit they’re now giving out about,” added Franklin.

For now, the rescue operation continues, but Franklin feared this would be far from the last time people with no awareness of their own actions trudged back up to the higher moral ground.

“As long as they keep demanding the supply, suppliers will keep them trapped up there indefinitely,” Franklin concluded.