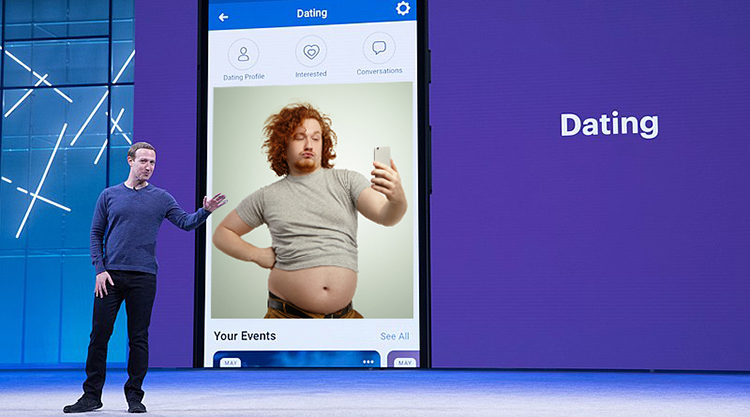 THE OVERABUNDANCE of ugly single people has been given as the reason for Facebook’s delayed launch of the ‘Facebook Dating’ feature across Ireland and Europe.

Scheduled to launch the day before Valentine’s Day this year, the dating feature was the tech giant’s answer to popular apps like Grindr and Tinder, however, Facebook confirmed the postponement is definitely down to a high concentration of ugly people and nothing to do with yet more data privacy concerns.

Ireland proved a particular stumbling block, as the appetite for yet another dating service on which you’re inadvertently matched with your weird cousin, your coworker who smells and looks like a fish alongside an endless parade of probably perfectly lovely people that you can’t help but instantly judge proved a non-starter.

“I mean, come on have a look at some of these munters,” shared one source with an understanding of the aborted launch, which Facebook insist has nothing to do with the Irish Data Commissioner’s assertion they had failed to provide them with the required proof they had performed a legally required assessment of privacy risks.

“Shush, whatever you do don’t mention data privacy issues or the $5 billion fine. C’mon, just look at these people, what’s the point in launching a dating app if this is the gene pool we’re working with,” added the source.

Far from being outraged at such claims Irish daters shrugged their shoulders indifferently, accepting the reasoning and admitting ‘yeah, seems about right’.

Tech experts have assured dating app users that the feature will launch sooner rather than later and will be the sort of roaring success only a feature stemming from the mind of someone who initially created Facebook to rate the looks of women could be.